A chopper pilot we know flew so low over our house that we had to replace our shaking stairs...

...ok so that's not strictly true but we couldn't think of a title and thought it'd be funny. (Sorry Mr. S)

As we have a fully loaded weekend ahead of us I thought that if I could put together a teeny, tiny, little post today then it would keep us going until Monday's slide show. Unfortunately I have had an awful throat infection (ick) this week that has completely knocked me for six (typical when we have visitors) and has left me drugged up on Nurofen, anti-biotics and currently with very little voice!  So no reno work has been done at all this past 5 days. It has taken all my energy just to get the kids to school and back.  So a nice quick and easy post for me to put out is the front stairs update. There's not a great deal to say about it as it was very similar to the back but on a smaller scale...so without boring you all to tears with endless repetition, I shall give you a little history on the job and leave you with pictures to fill in the blanks.

Originally we had big plans for these front steps.. 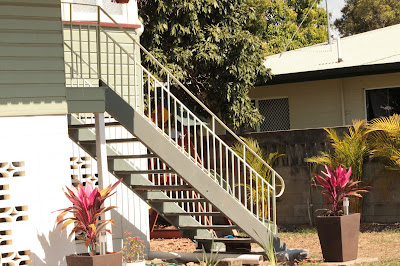 We were going to add on a small landing that would reach to the edge of the wall, with a timber screen at the end to block out the afternoon sun and those units next door, change the direction of the stairs from the top to face out to the gate and street, and of course update, rebuild and 'make safe' all the treds, stringers and handrails.  The quote we got for this was big!  Coming in at over 12k! Now as nice as it would be for the sought after 'street appeal' (that's all you ever hear from real estate agents these days, 'street appeal', it has taken over from 'location,location,loaction' as a marketing buzz word for property deals nowadays) it is an awful lot of money to spend on steps that are second fiddle to the back. Our carport is at the rear of the property on the left up a long driveway.  So these front right hand corner steps rarely get used. The afternoon sun hits this front corner full on so it's not like we would use the small landing, it would purely be for show. So quite frankly our money is better spent elsewhere. It definitely wouldn't add 12k of value onto the property right now, so we figured we shall have to find the elusive 'street appeal' elsewhere. 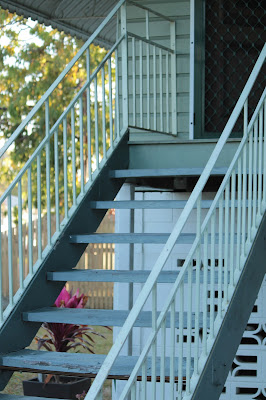 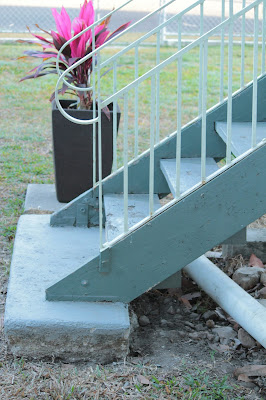 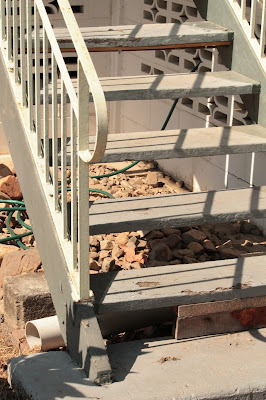 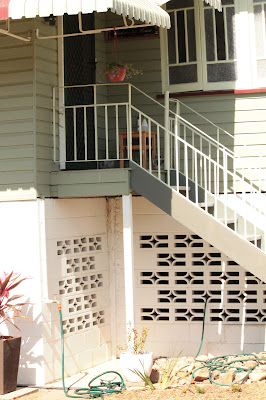 But the bottom line was, the stairs still needed fixing/re-building so we panned all the grand plans laid out above, and we got Phil to quote us on the upgrade of them instead. 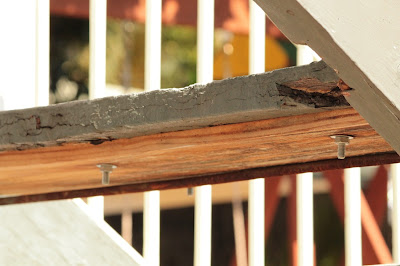 Phil's quote was again - awesome! And he also had the idea to keep the existing hand rails to keep the cost down further. Seriously, what tradie goes out of their way to help you save money like that?!   What can I say, the man is awesome!  The handrails, although not 100% perfect, were about 95% perfect and their design is in keeping with the era of the house, so we thought why not keep what's been there for 60 years and keep it cheap simple. When the back steps were at a point of being usable Phil continued on with them, but sent his assistant Jake round the front to start demolishing these ones. 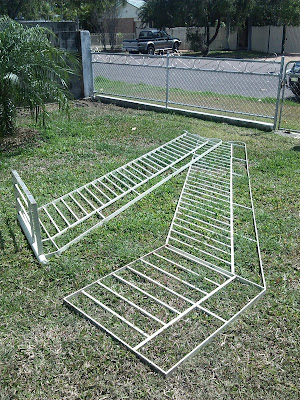 So from here on out the photo journal of this job will not be as fluid as others as they were so quick doing these stairs that I missed some crucial photo opportunities but really you'll get the idea. 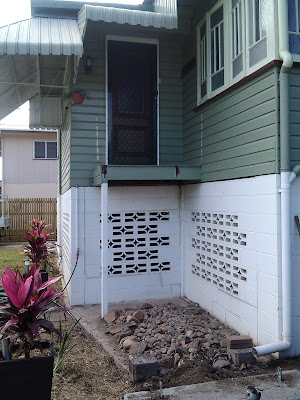 I barely blinked and the entire staircase was gone! 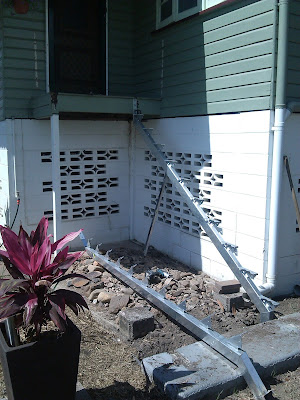 Before I new it, the steel stringers were going up 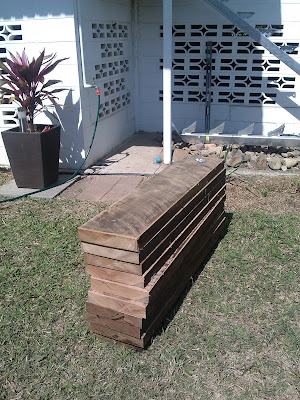 And the timber treds finally began to be attached 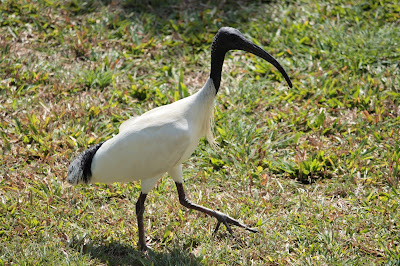 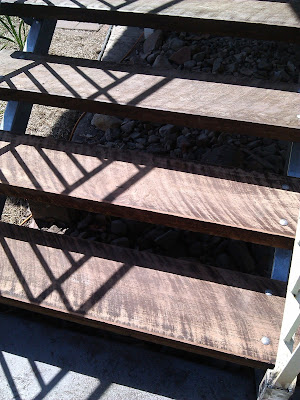 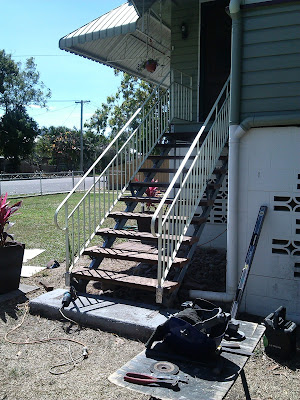 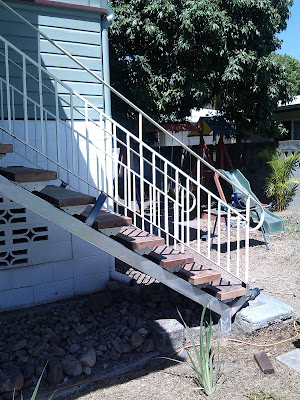 Unfortunately I don't seem to have taken a full length shot since all the cables and tradie's tools have gone..my bad, but seriously it's only stairs, you get the idea. 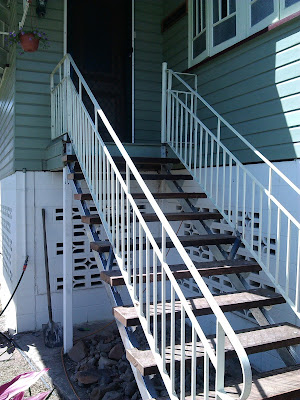 So although it doesn't look 'that' different now that it's completed (mainly due to the fact that the same handrails went back up, and we've yet to paint and finish the treds), the difference when you use them is phenomenal, no more crossing our fingers on that dodgy step for a start!

Have a fab weekend folks, and happy holidays to all the kiddies who have just finished term 3 here in Australia, only one term left!!  Can you believe it?  After New Year I will have a Preppy and a Grade 5 girl!! (insert shudder) Sheesh, where does time go??
K xx