Crack the bubbly - the wheels are finally in motion after receiving the following in relation to preliminary design plans...

One year - I want to be done in 5 months (yep -that's our actual hard timeline)! 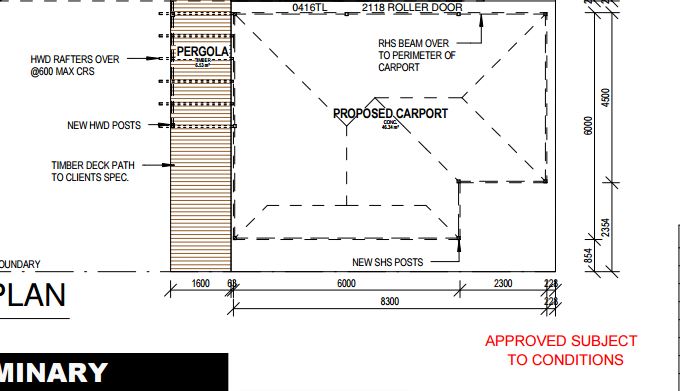 The main reason for the preliminary approvals prior to finalising the working drawings was to get the relaxations required for the set backs associated with the proposed carport. If they didn't get approved, then it would literally have been 'back to the drawing board'. I must say the 'Approved Subject To Conditions' stamp on the plans is very exciting to see! 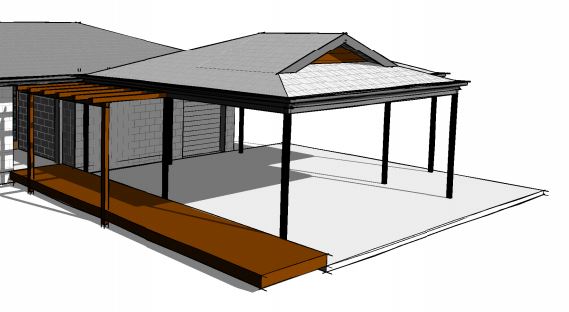 So now that the above structure is approved we can finalise the working drawings for the builder and tradies, and then get our builder locked in and a 'development permit building works' application submitted for approval. In the interim Kate is arranging the works to change out the dining room window for a stacker door, so that the final measurements can be done for the new kitchen to be fitted.

PS. Remember subject to conditions? Here's one of them below...

Yes Council - I agree not to occupy the carport for human habitation !! lol

So we continue to grind slowly forward with the renovation. As you recall from our last post we had received the draft plans and were reviewing them to see if there were any changes to be made. We thought about some minor adjustments and got perspectives from other people then went back to the building designer to lock in the plans that would go to Council for approval, and then be approved for workings drawings to be drafted. The plans are too big to put up in detail on the blog, so below are 'snippets' of each section of the house moving from the rear to the front (which put together is the whole plan). 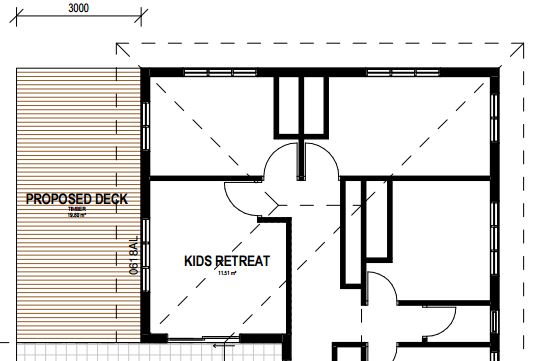 The rear of the house will have a new timber sun deck next to the pool, where I plan to relax with Kate and drink Sangria and watch the kids in the pool when this reno is finally done! The current Master Bedroom will become a Second Living / Kid's Retreat. Our building designer had on the original draft removing the wall in the hallway to open the space up, but after consideration we decided to retain the wall as that room could always revert to a Bedroom for another owner in years to come. Clockwise from the Kids Retreat above is BR 2, BR 3, BR 4 (Guest Room) and Toilet. 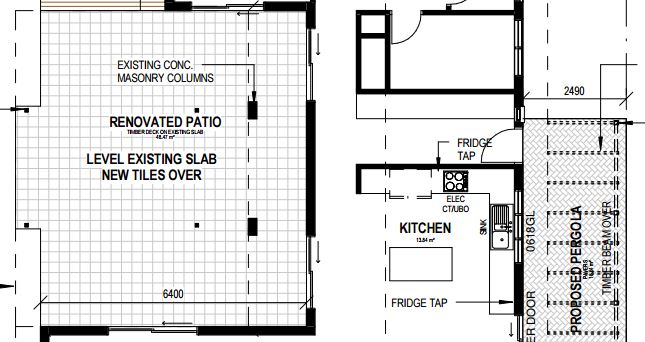 The middle of the house is the business hub of the house. The main change here is we made a decision for the outside entertaining area to be tiles rather than decking, mainly due to practicality with cleaning (and a lot to do with the dogs moulting). We also plan to extend the middle section on the Northern side out slightly, as this is where the BBQ and Wood Fired Pizza Oven will go (and still be under cover). To the right is the Main Bathroom (already complete), Laundry (90% complete) and then the kitchen. Kate has locked in the kitchen design with the cabinet maker and that will be one of the first big stages to complete. On the South side is a new outdoor pergola adjacent the Kitchen and Dining, which we plan to open up to the outside by putting in a stacker (where the current Dining window is) and allow cross breeze ventilation.

The forward section of the house had only a few minor changes. First is screening in the front entry, which will help to shade the Western Sun in summer. We'll also change the sliding door to a stacker door in the Living area opening up onto the Entertaining Area. We changed the shower door to a fixed panel to open the Ensuite shower up, and changed the double vanity to a single (but retaining the bench width). The front right is a store room that opens up to the carport for the mountain bikes, scooters, and camping chairs (not to mention the Ducati when the chickens have flown the coop ;-) lol... 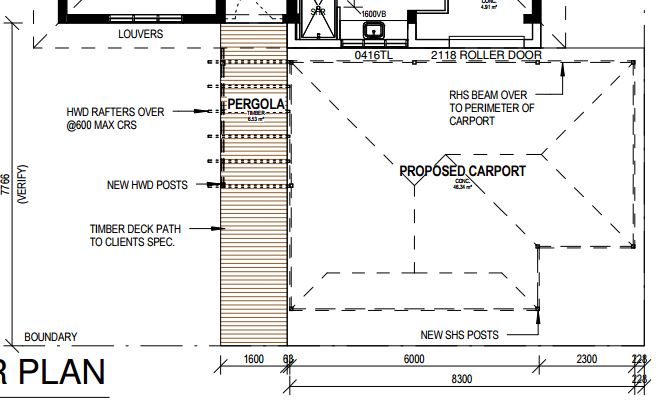 At the very front nothing really has changed, with the exception of removing the middle Carport post at the front, which will require a bigger section of steel to support the roof. The dog-leg on the right hand side of the carport is to accommodate the trailer, and the front right open area will be the bins (behind a screen). A low timber deck walkway will run from the front boundary to the entry, and the timber Pergola along with the Carport will help shade the front living areas from the Western Sun.

And that's pretty much a wrap for now. We have one of our lead Tradie's coming over on Monday to discuss the prelim plans, and we hope to commence two projects soon being the sundeck and the pergola adjacent the Kitchen and Dining. In the interim we'll also arrange some cost estimates for the major construction items being building in the garage and constructing the Carport.

PS. The sparse blogging is due to Kate project managing ongoing works we have been doing and herding cats (the girls school activities), and me trying to balance work with post-grad study with weekend 'small' projects. But we'll try and keep them coming :-)