Down the garden path...

The path to minimal gardening I might add. This is the southern side of the house and as you would have seen in the previous post this was a weedy/grassy area with no path to the back of the house where the clothesline, shed, chook pen and veggie garden are. Keeping in mind we are in a low rainfall area for significant parts of the year, the aim was to keep this side of the house as low maintenance as possible, and we have used 25mm bluestone as a mulch and planted drought tolerant plants such as succulents where possible thus far.

In the last two weeks we have had the new concrete path laid and have continued on with the landscaping. I was amazed with the amount of soil that needed to be shifted from what seemed like not a big project, but looks can be deceiving. Two box trailers of mixed soil/concrete went off site, one box trailers worth of clean soil went to the neighbour next door for a new garden bed they are building, and the remaining soil went to a new garden bed out the front of our house. 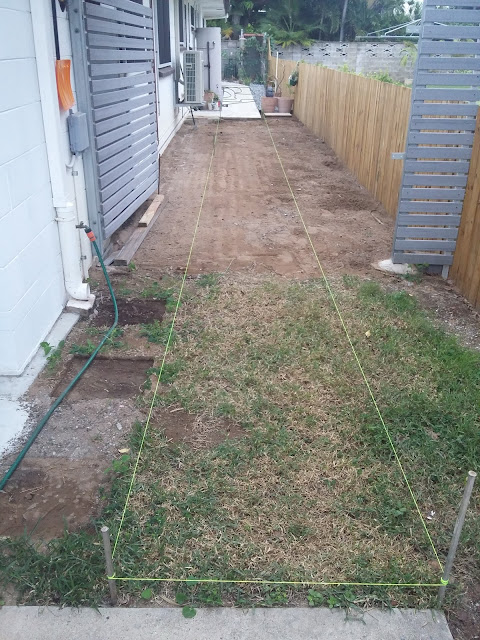 Marking out the path to be laid. 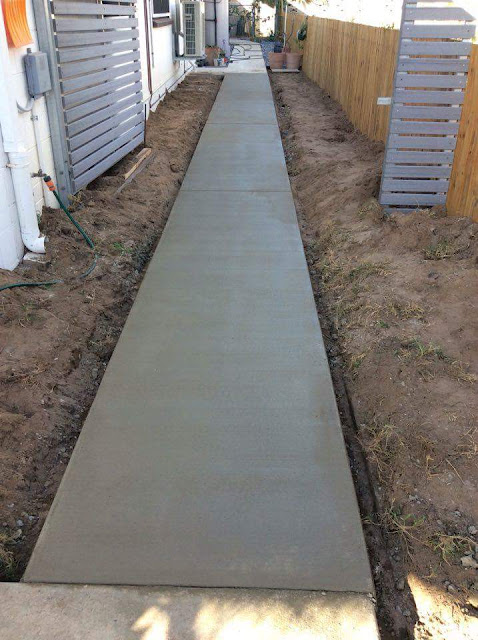 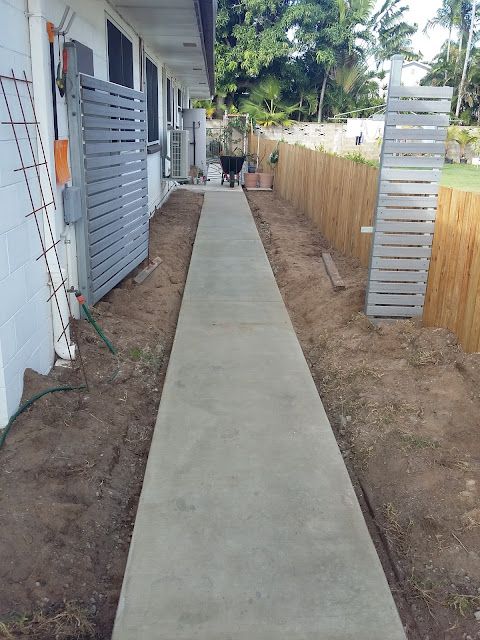 Concrete is set and you can see the soil that was displaced by the path
and needs to be moved by yours truly. 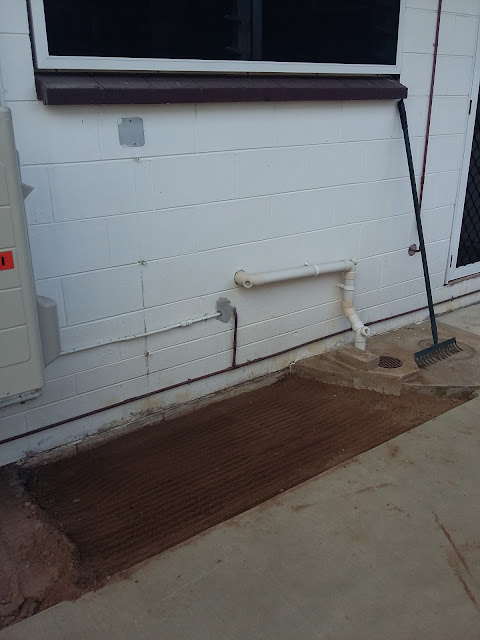 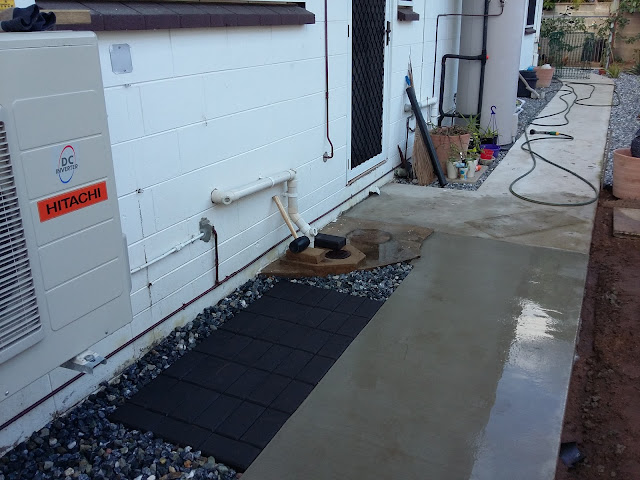 Pavers laid and bluestone down 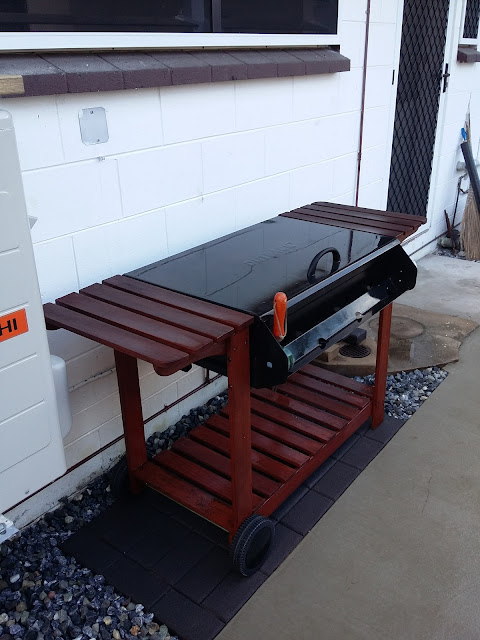 The new herb trolley (our old BBQ). All the BBQ plates etc
have been removed and I am going to put timber slats
where the hotplates where, and make a stand to go on
top for herbs in pots to sit level with the kitchen window. 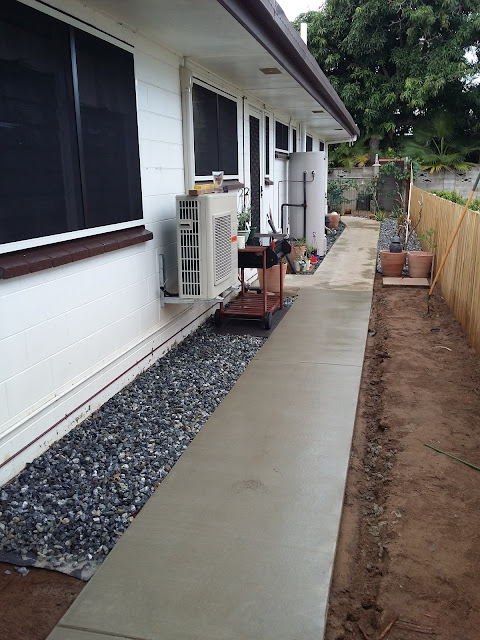 Finished on the left hand side, but leaving the right hand
side for now for footings to go down for pergola posts 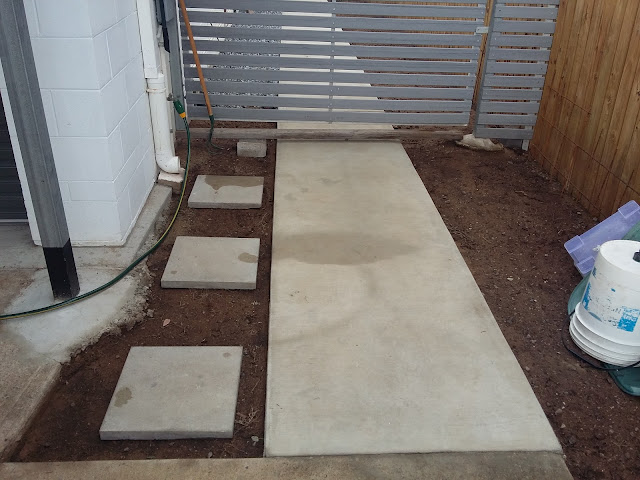 An outline of the pergola that is planned for the side of the house,
most likely to shift to the left to provide some shade for the
windows from the summer sun.

And that's pretty much a wrap for now; not the most exciting of updates but good to see progress and the finish line for this project in sight. I can almost envisage when the idea of jobs to do down here is simply sweep the path and water the plants!