Renovating is not all beer and skittles folks!

I've been finding this initial period of living in the house while we figure out our master plan for the renovation to be a little frustrating. There is still a bunch of not so glamorous jobs that need doing before we even start with the the major part of the renovation. So while Kate has been pushing forward with some more painting of the new internal doors, I've kept myself content with some weeding and gardening outside, which has included more than the odd trip to the local dump. It also meant I needed to get a trailer, and I found a nice bloke called Bob who could help me out in that department. But a little bit of history first...

When we came back to Australia, I knew we probably needed to have a trailer, but to be sure (given the upfront investment) I wanted to beg, borrow and steal a trailer for the first 12 months to make sure there was enough use to warrant buying one. Thanks to cousin Tony and mates Nath, VB and Killa,  I got to use their trailers while I shopped around to find my own.

So on a sunny Saturday morning recently, on the way to the Townsville Seafood festival... 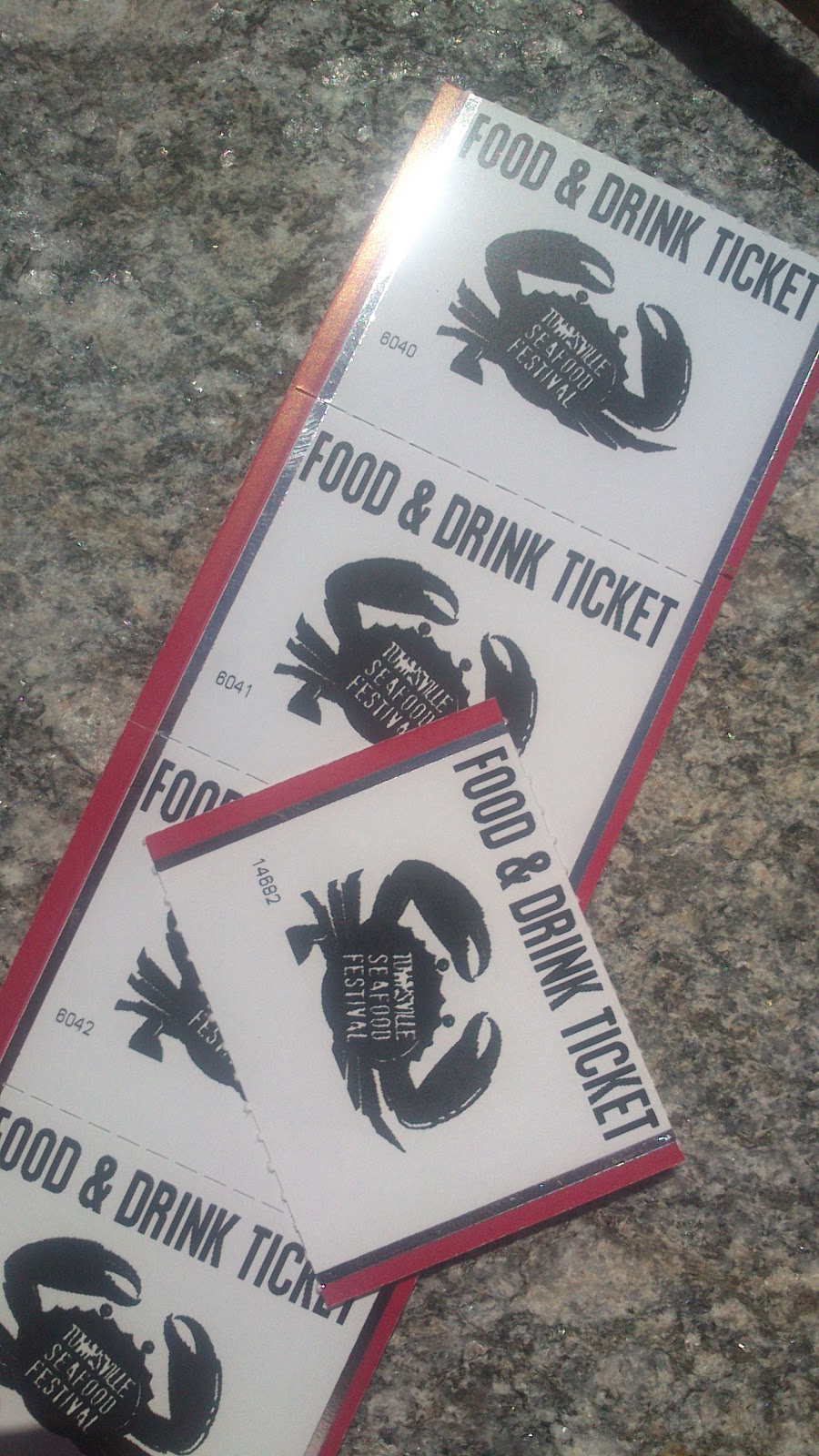 ...Kate and I stopped in to see Bob at Bob's Trailers, and 15 minutes later, I was the proud new owner of a 7x4 galvanised tipping trailer with deep sides, trusty cage, Sunraysia 'Mag' wheels (including spare), jockey wheel and trailer lock (just like this one). The galvanised steel construction was important for me given we live in a seaside suburb, and I didn't want a steel trailer rusting out after a few years use. 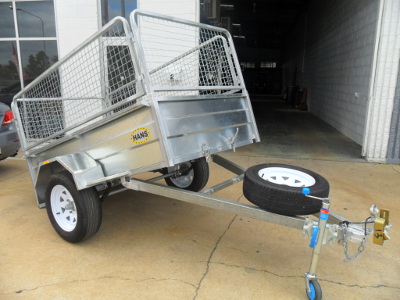 To be honest Bob didn't need to do much selling that morning, as I had done all my research online over the last 12 months, and Bob's a pretty straight forward guy who lets the quality of his product speak for itself. No hard sell, just a quality product at a reasonable price. One aspect of his trailers that I really liked is that they are Australian made (by Hans Trailers in Bundaberg Queensland) and they come with a five year warranty, which I hadn't seen anywhere else. And for the price they are I consider it good value for money compared with the trailers I had looked at elsewhere.

One week later Kate and I headed back to see Bob and pick up our already registered trailer, which had come up from Bundaberg on a truck that week, and then which was ready to go and get some work done. 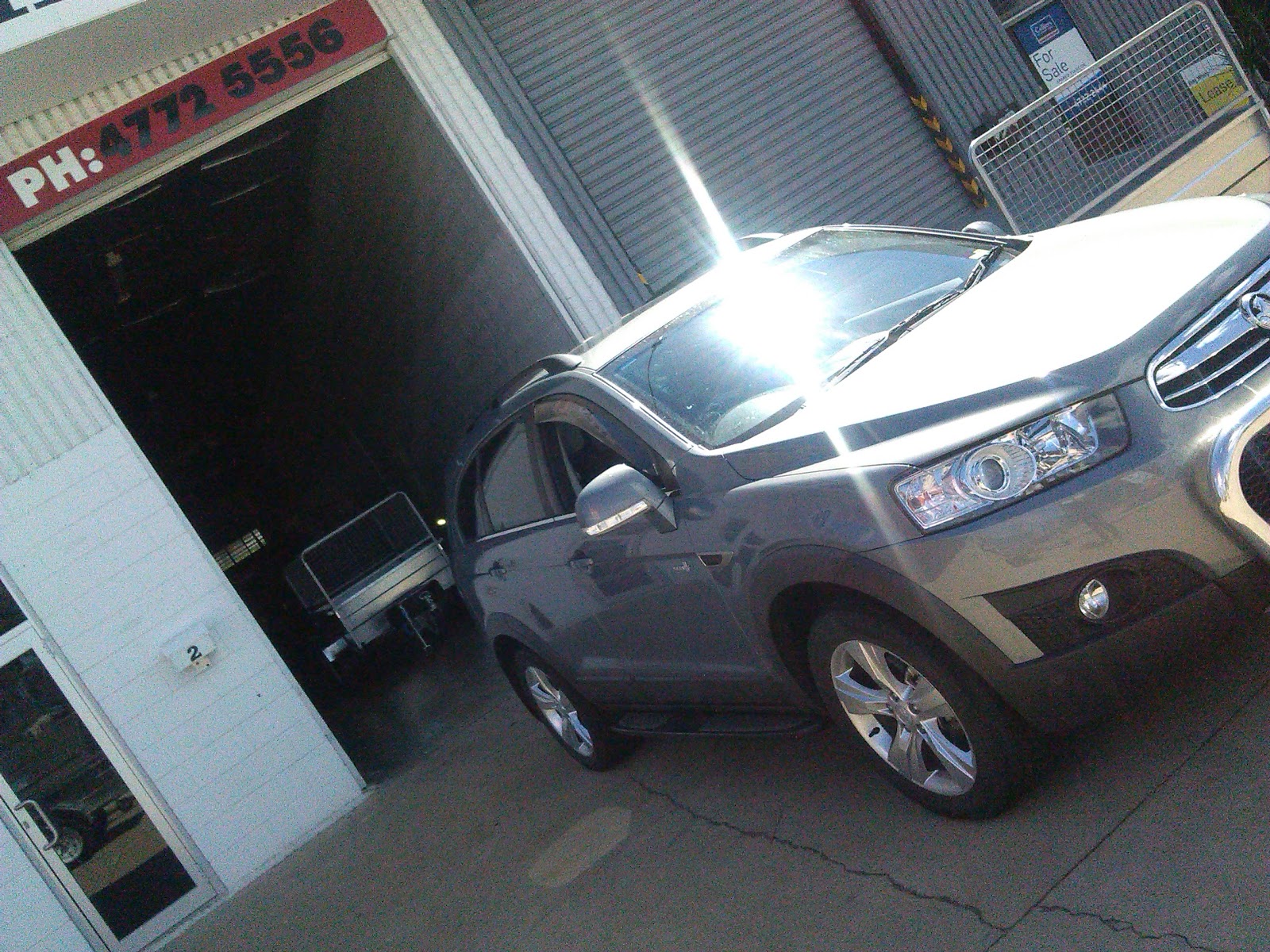 Hard to see who was happier... me? 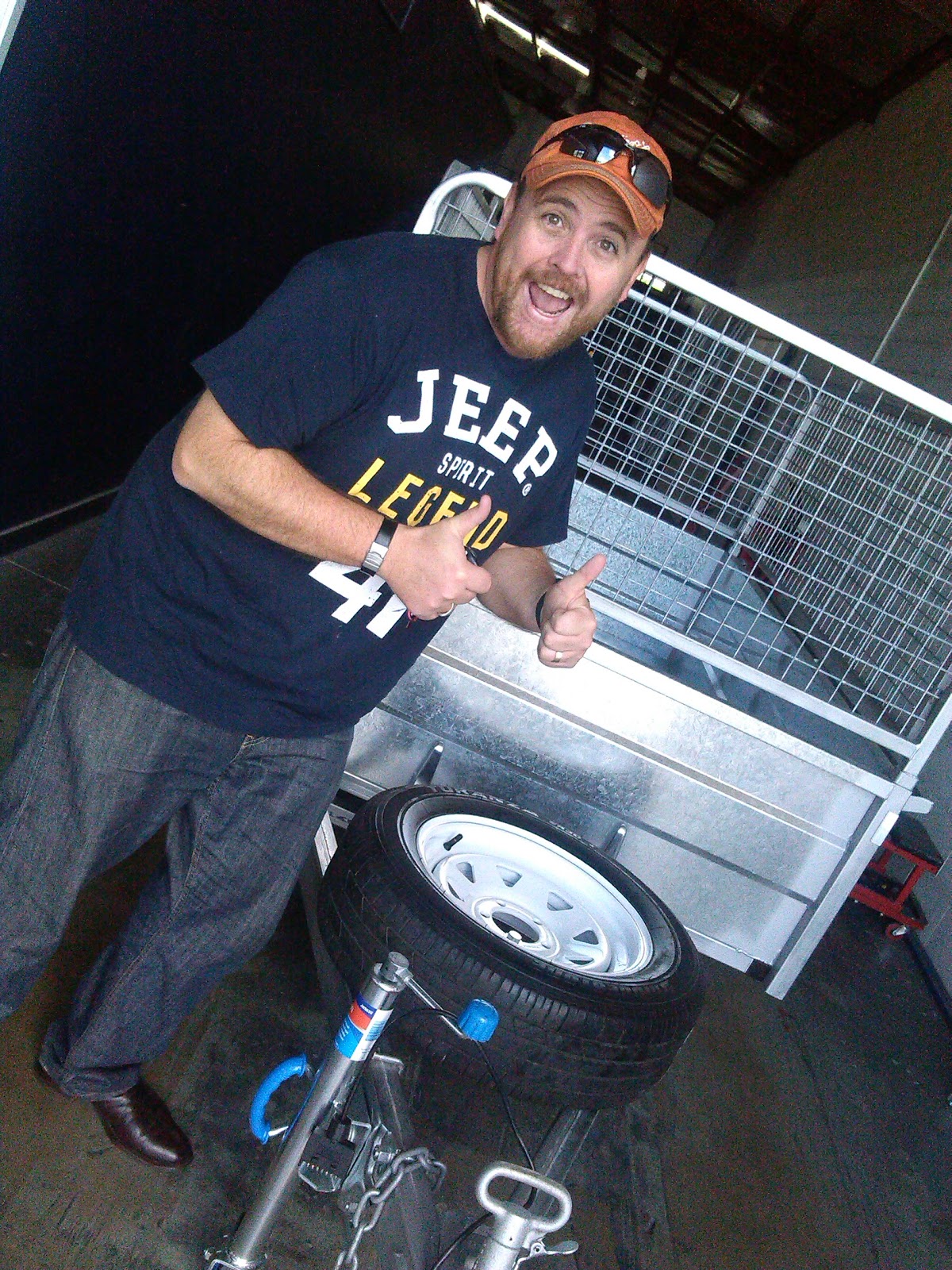 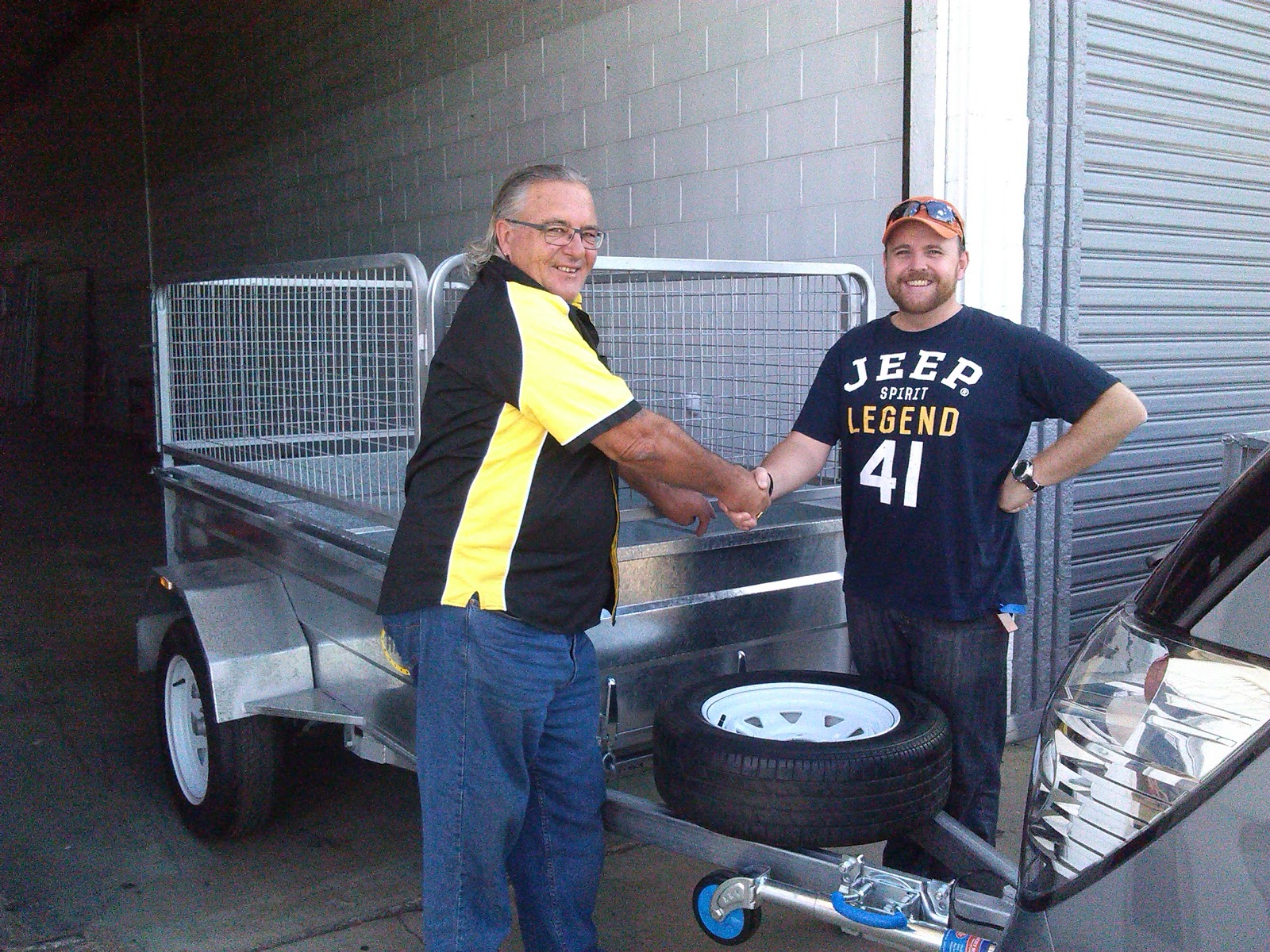 We headed home to crack on with the gardening, as the citrus trees in the garden bed needed pruning and all of the palm fronds needed collecting (the joys of tropical gardening). Day one week one of trailer ownership and the trailer was on its first trip to the dump. Unfortunately, I was so excited I forgot to take a photo of the trailer having its cherry popped....

However, I did stop at Bunnings on the way home and get some pavers to put down as a pool walkway for the girls, so that they can hop-skip-jump back to the entertaining area after swimming without getting their wet feet dirty. 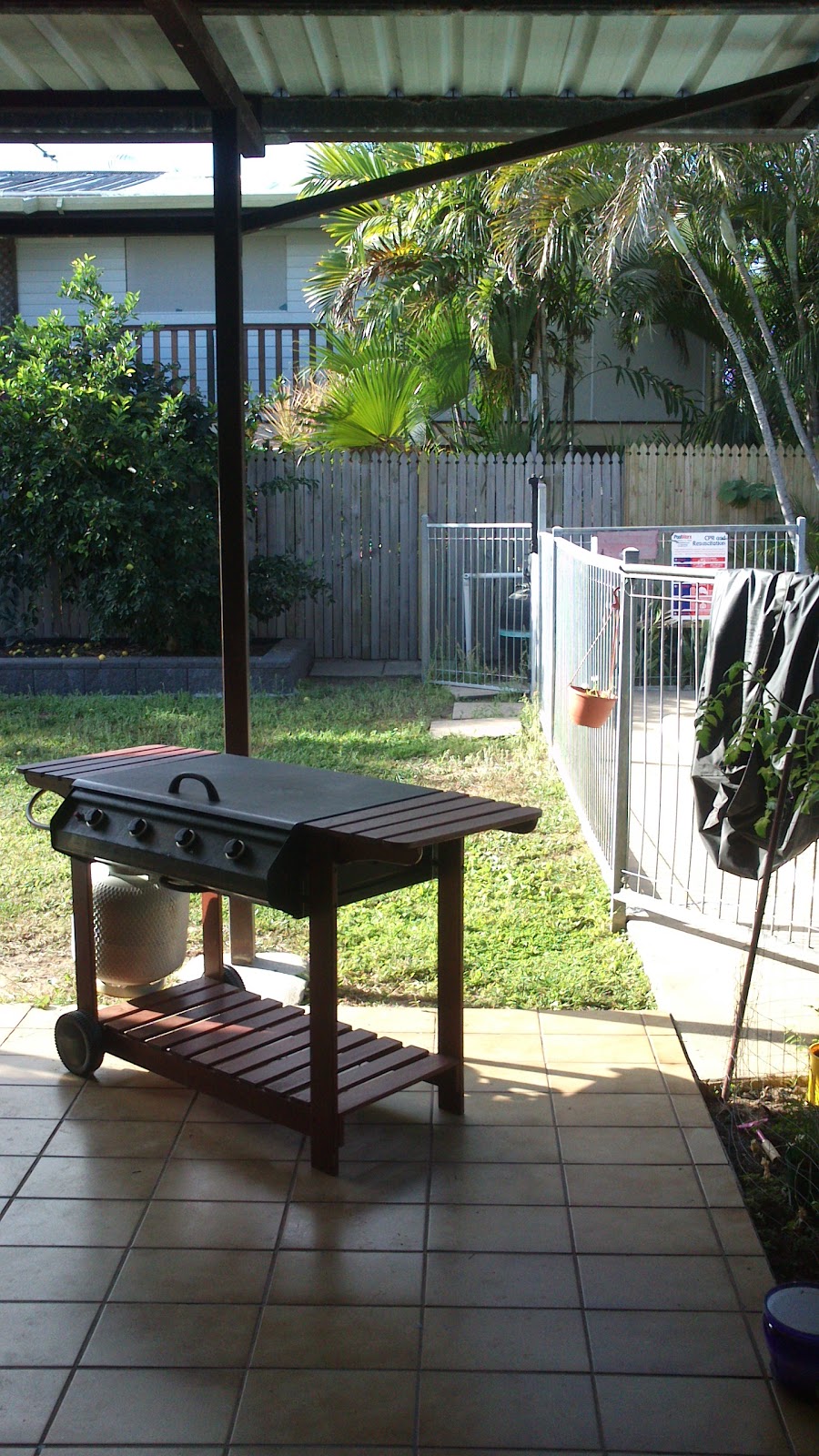 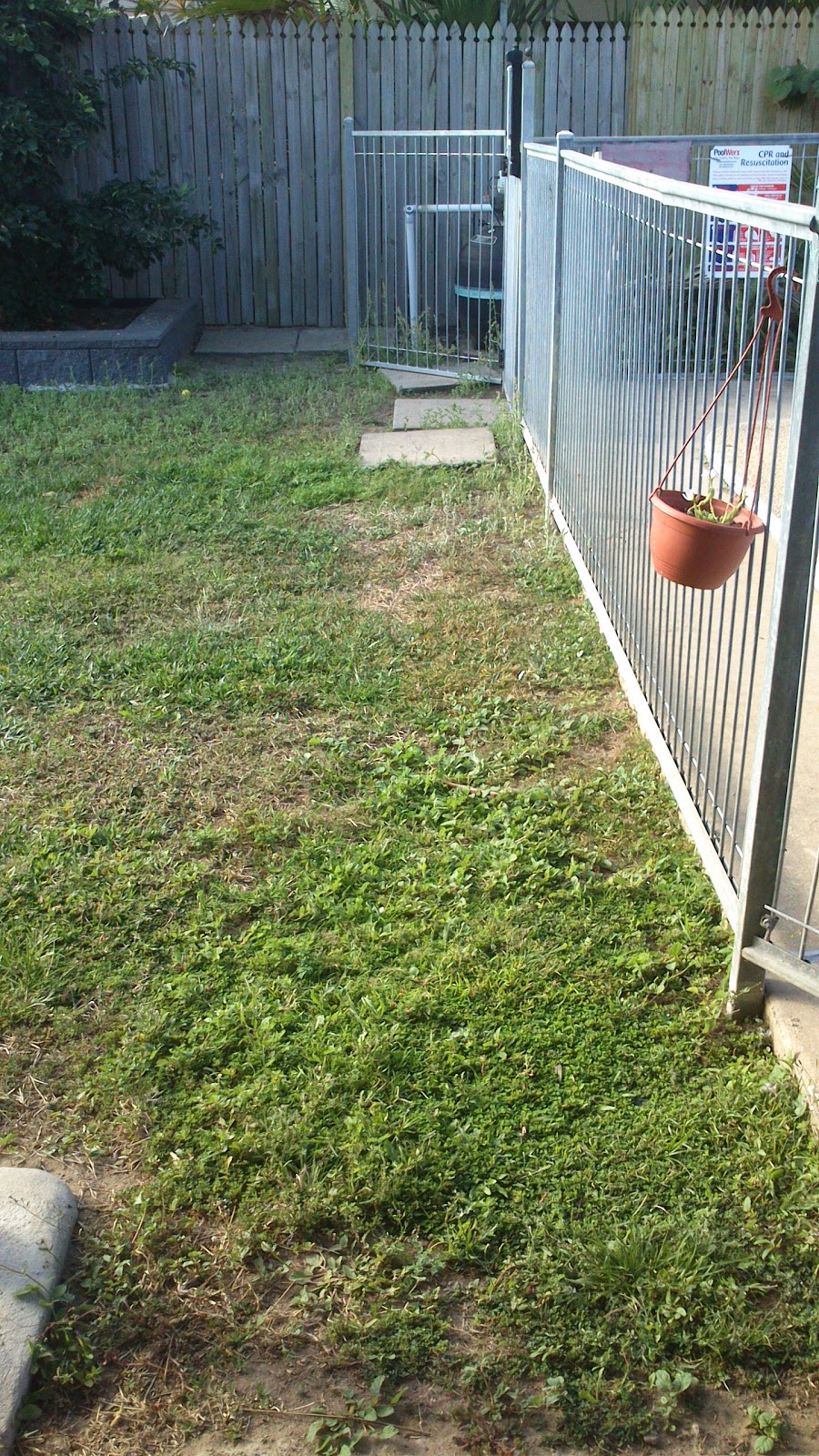 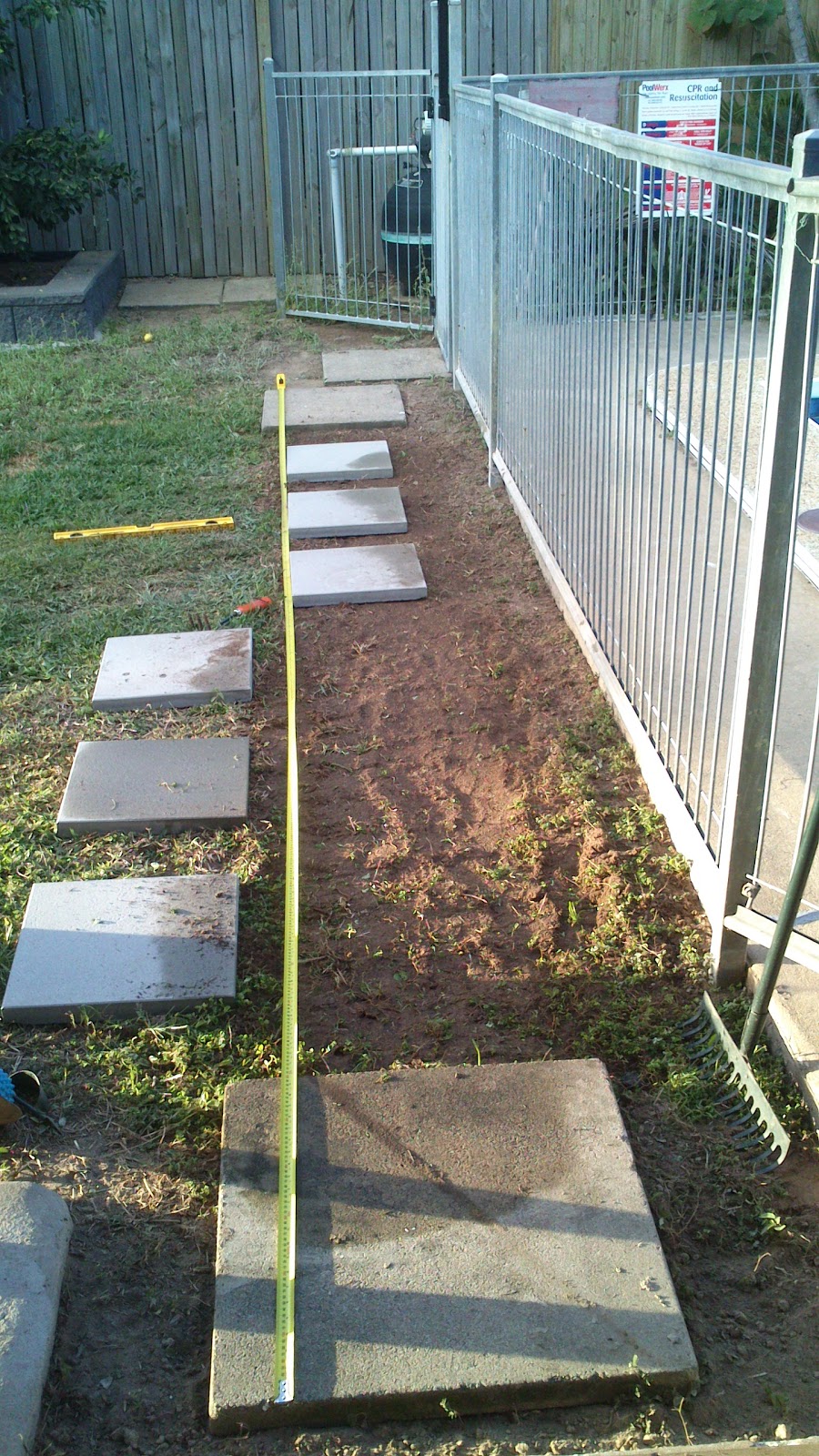 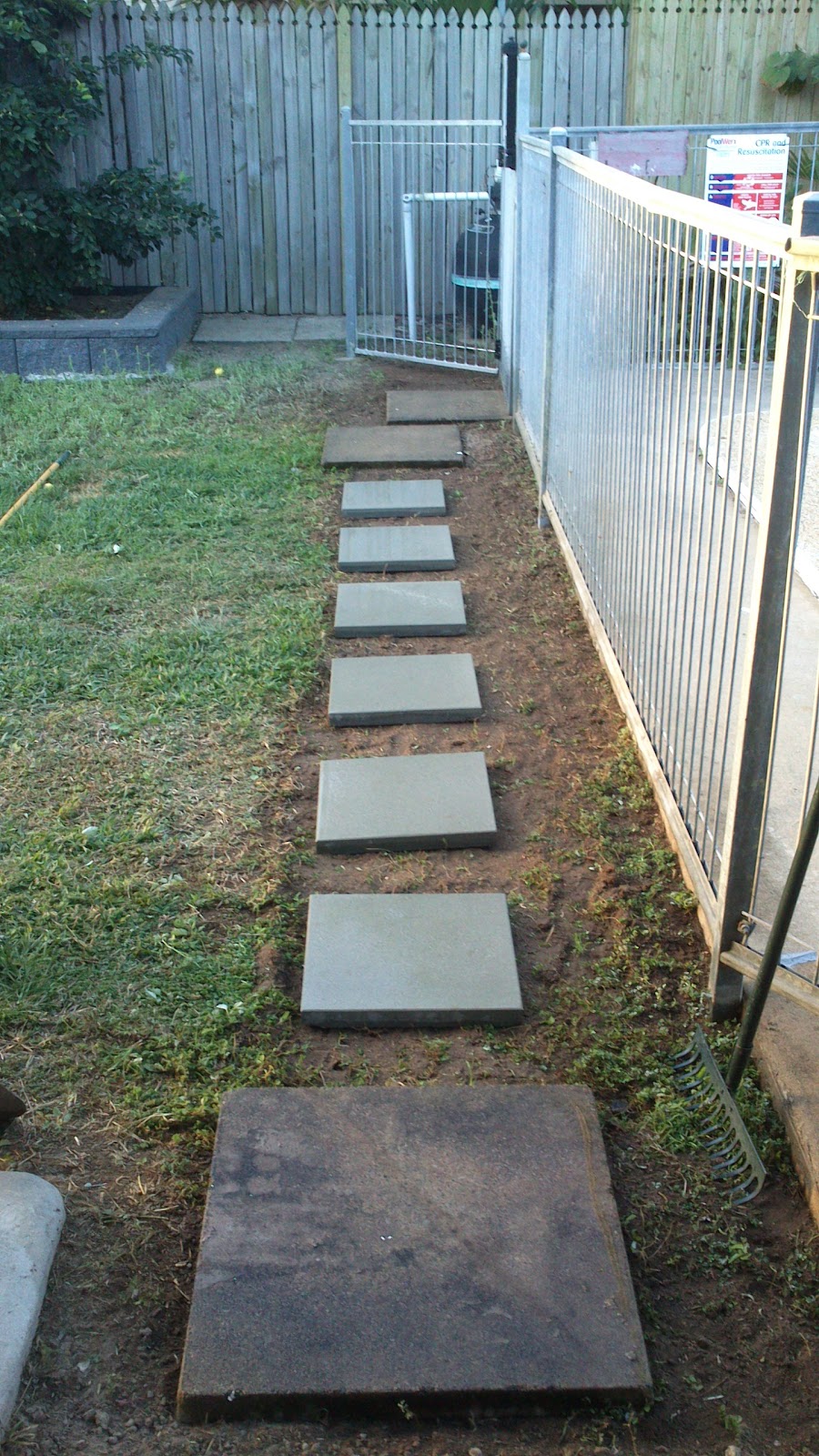 Yes I know it's not finished yet but it will do the job in the interim while we get our landscaping plan organised. It turned out to be another one of those five minute jobs that ended up taking considerably longer (more weeding and shovelling involved), but I was glad to get it done in the end. I also found it a lot easier getting the gardening supplies back home from Bunnings in the new trailer rather than loading up the back of the Captiva yet again.

But that's not all, we also did some weeding down the side of the house and had to get rid of the weeds that had been pulled up that week (thanks Tim for helping Kate and I out there), which in turn required another trip to the green waste dump. Afterwards I had an obligatory stop at Bunnings to grab some supplies, plus a detour past a mates place to grab some terracotta pots and Yukkas they had kindly donated. Happy days !! 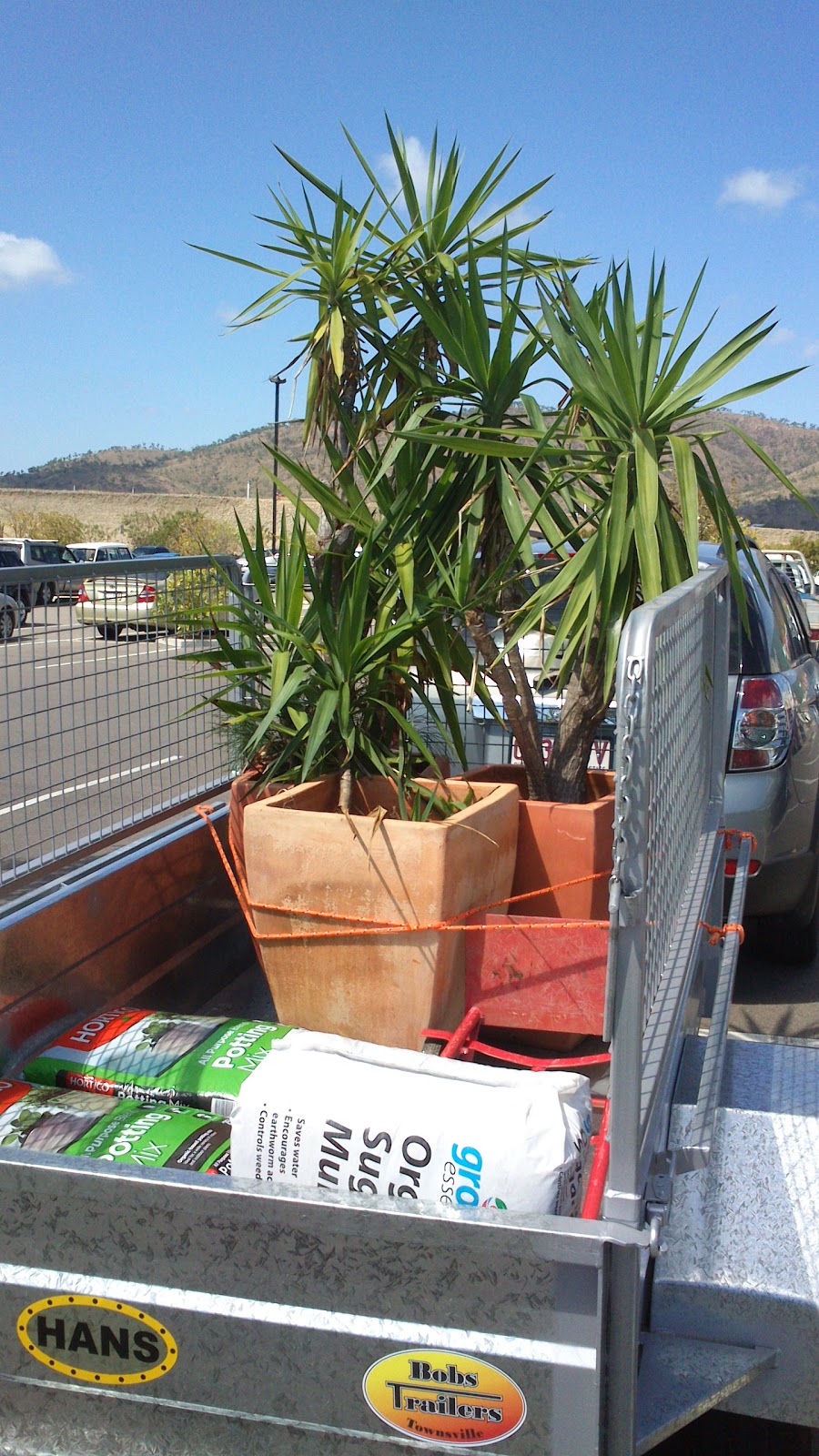 This meant another whole day in the garden (which I don't mind) and once tidied up the Yukkas look fantastic in their new home at the front of the house. 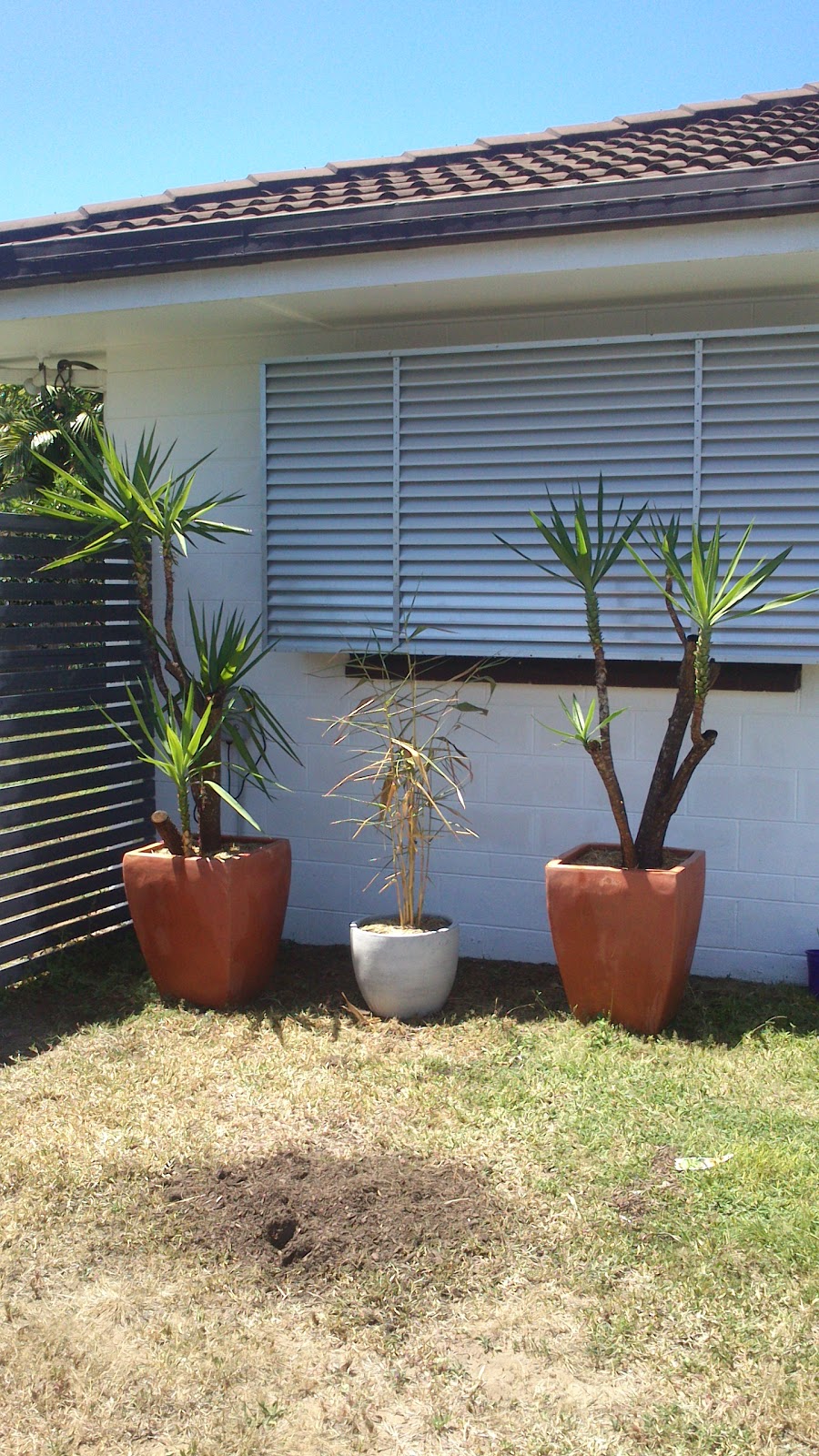 So while it isn't always Grand Designs around here (who am I kidding - it's more like Kevin McCloud's Cabin By The Sea), its nice to see some progress with the little jobs that just need to be done.