Crocodile cooking up a storm...

...otherwise known as being lucky enough to have an NBL coach (who just so happens to love cooking) prepare you a meal in your builder's display home all in the interests of improving the functionality of cooking zones for future kitchen designs...
Hmmm, bit of a long winded title there, but here's the low down.  You may remember I recently wrote about how, with this renovation, we would like to "redesign the kitchen storage layout within the existing footprint to maximise efficiency and reduce food preparation and cooking times"?  Well that was due to a conversation we'd had with Darren from the Innovation House, where he had explained that that was exactly what he intended to do with his brand new kitchen, prior to moving in. The aim being that by improving the design of the existing 'standard' kitchen, it will increase storage and improve the layout to deliver improved functionality, which in turn should reduce both the time and energy in preparing a standard meal. You can watch an interview with Darren talking about the innovation house to see the concept and rationale explained further.  When Darren kindly asked us to be a part of this experiment, we jumped at the chance! We packed the girls off for a night of Frozen fun and games with friends and we headed off into a beautiful winter sunset for dinner at the Innovation House Kitchen - Take I. 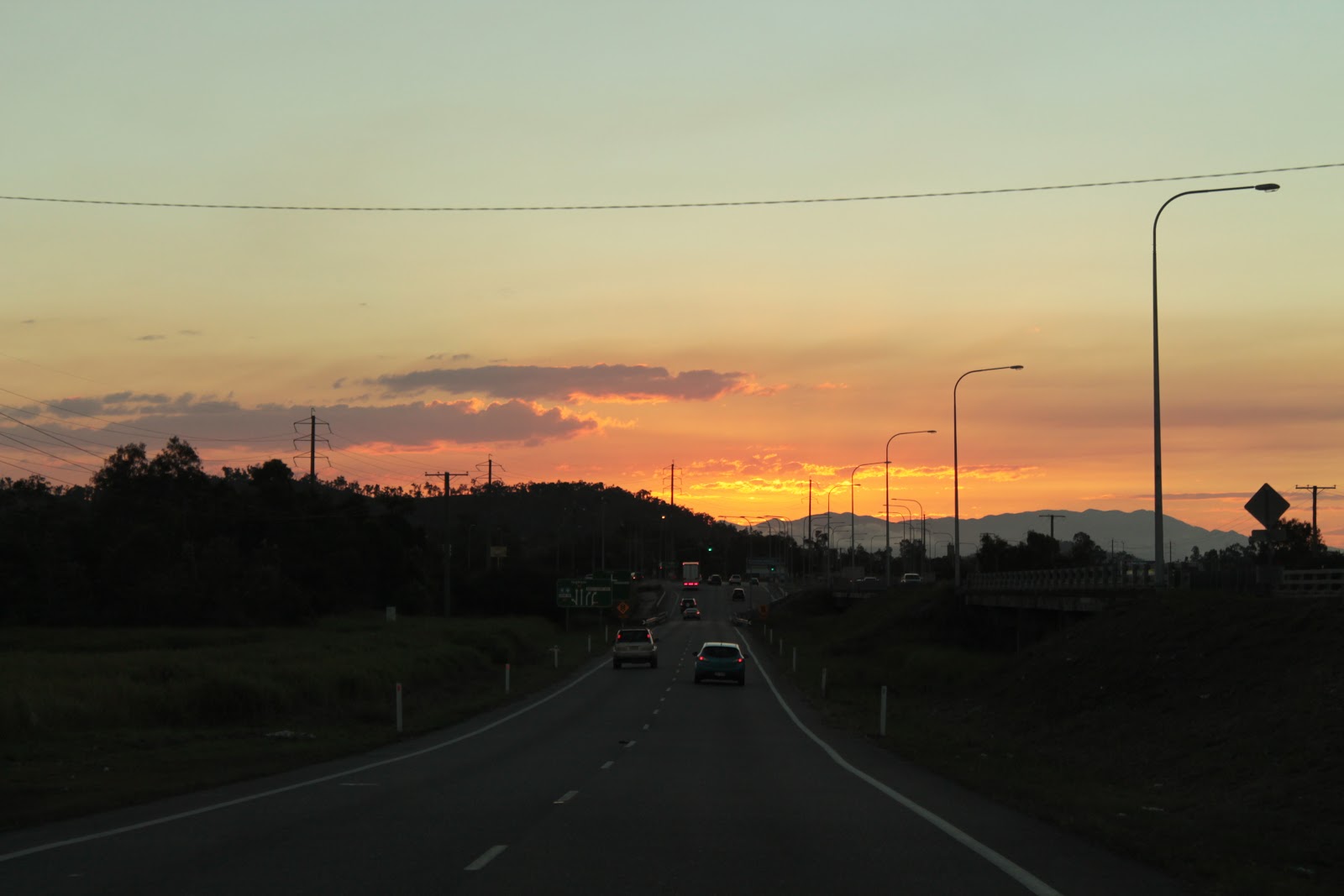 So how exactly do you put that theory into practice? Well you start by setting up some Go-pros and taking time lapse imagery of how the kitchen is arranged to begin with, capturing the time it takes to cook a meal, in this case a pasta entrée followed by a traditional lamb roast. 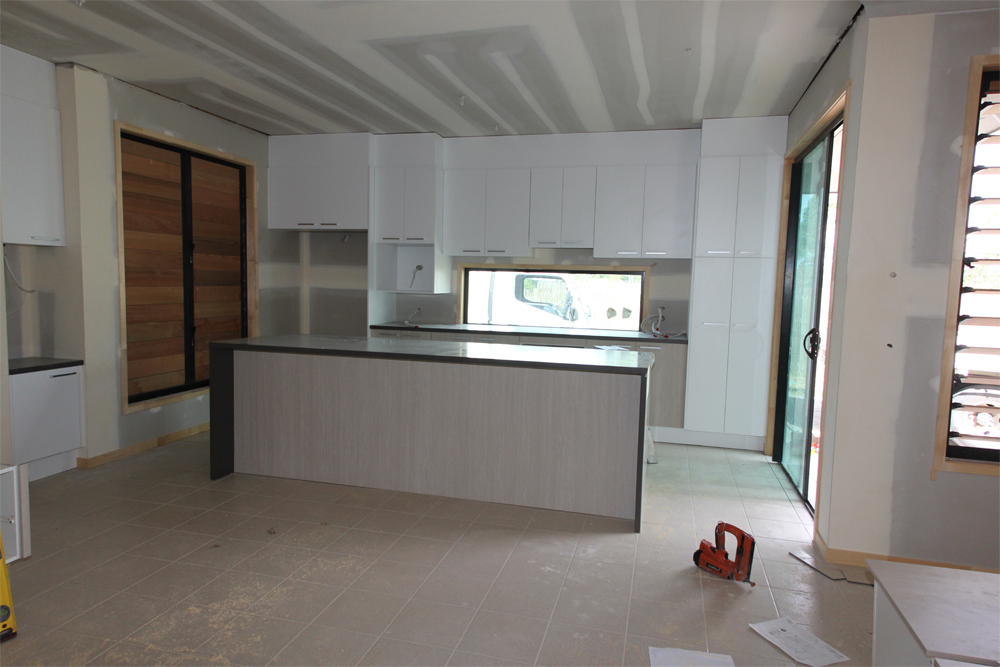 (Innovation House Kitchen during initial construction)
The next step is getting Moduline to study your existing layout and put forward a proposed dynamic space layout for your kitchen. Third step - remove existing kitchen and replace with new design.  Lastly you set up the Go-pros again and take more time lapse imagery of the same meal being prepared - which in theory should show reduced time and energy taken to produce the same dish.

(Source: Moduline)
While Darren has obviously taken the longer (and more expensive) route to demonstrate this design idea for the benefit of others, after talking with him a few weeks ago Kate and I thought it should be possible to do the same thing and incorporate dynamic space into the redesign of our kitchen when it comes time to start our kitchen reno. Darren very kindly offered to invite us along for Phase 1, and mentioned something along the lines of someone from the Townsville Crocs who likes cooking is going to prepare the meal. So we turn up and the said 'guest chef' turns out to be none other than the Coach of the Townsville Crocs - Shawn Dennis - who also just happens to be very passionate about cooking! 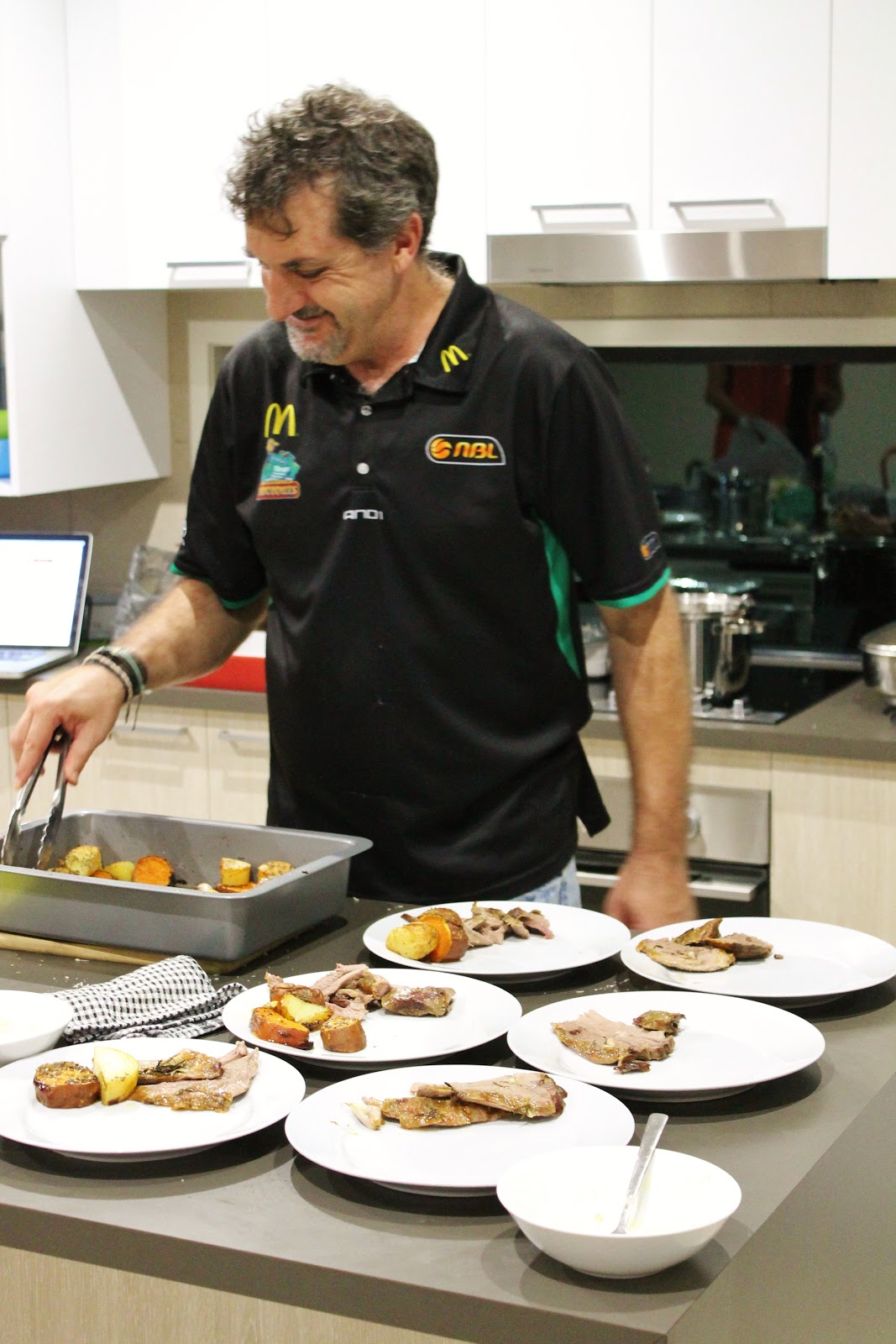 
Shawn cooked us an AMAZING pasta dish (I can't disclose the details - it's a secret recipe), and then an equally delicious lamb roast... 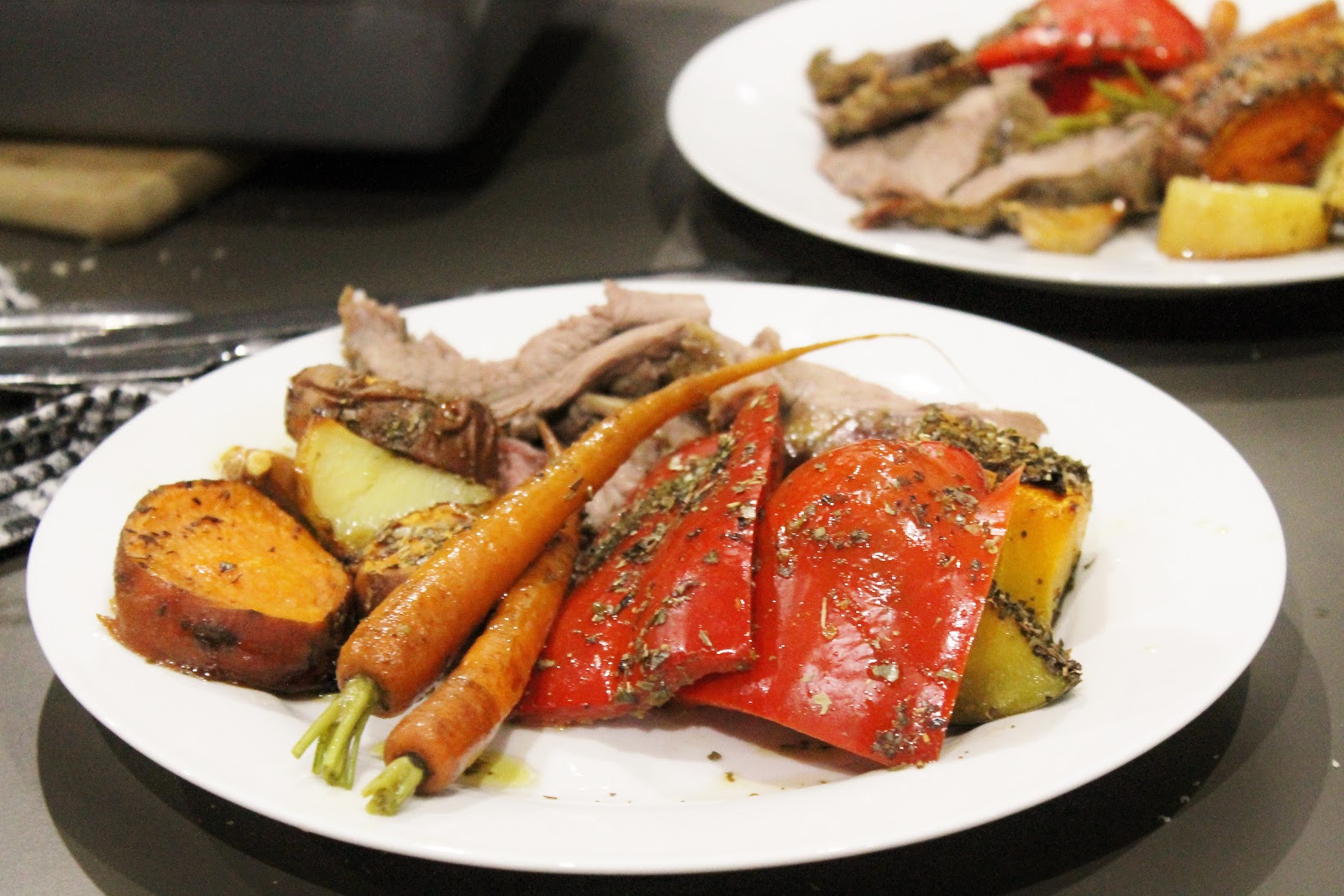 (Nom-nom-nom!)
All in all in was a very entertaining evening, (*edit - we were supposed to have more photo's but Kate was so engrossed in conversation with the lovely Jane and Lani that she quite frankly forgot to take many) and we are lucky enough to be able to go back again soon for Take II, after Darren has the old kitchen removed and the new kitchen installed. Then we'll get to watch Shawn go through his paces again to prove that a better designed 'dynamic space' delivers tangible results, such as shorter preparation times, and less energy consumed getting the meal from kitchen to plate. We'll do a much more detailed post following that to explain the concept further (the guys from Moduline will be there as well) and we'll have a few more photos to show how it all panned out...(won't we Kate)!!


PS. Here's a post meal happy snap of two of Townsville's most well known personalities - I'm not sure who the bloke on the left is though... ;-) 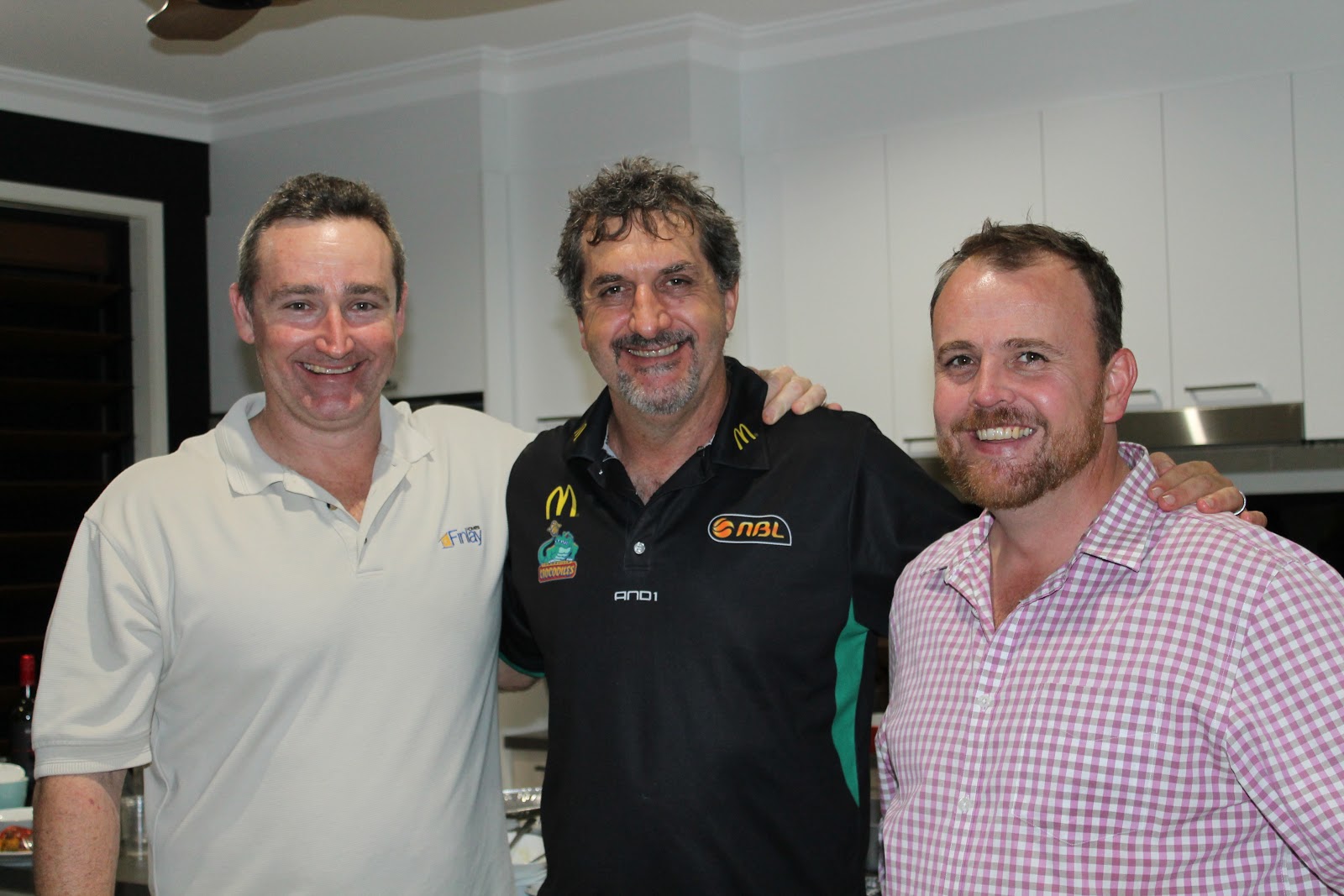