In memory of Mr Beau Jangles...

It is only fitting for us to do a mini blog post this week on our beautiful ragdoll Beau, who sadly passed away on 23rd June.  For all those who knew him these pictures will look like any given day in our household, this is pretty much how he spent most of his life, either hugging the sofa or hugging one of us.

Double Grand Champion Jarrah Mr Beau Jangles was born in February 2001 and is the original stud from a great line of pedigree ragdolls known as Beaufire Ragdolls in Victoria. He was the baby and constant companion to Sarah and her children, owners of Beaufire.  He was a great father to his babies and taught all his kittens to fetch before they left for their new homes. After having many wonderful and gorgeous kittens, and subsequent grandbabies, who all share his loving nature and good looks, we were lucky enough to be chosen to care for him in his retirement in February 2013.

We will miss his constant presence, he had a knack of getting in the way of everything and everyone!  He sat in walkways and perched on chairs just when you wanted/needed to be there.  In fact in our old house, he was ALWAYS in the way of every tradie and not one of them ever moved him or asked us to move him.  They all just used to work, walk and build around him, and Beau would barely bat an eyelid at them.  We will miss his sense of fun, retrieving of the children's hair ties time after time and stirring of the floor around his water bowl, and his cute affectionate head-butts. 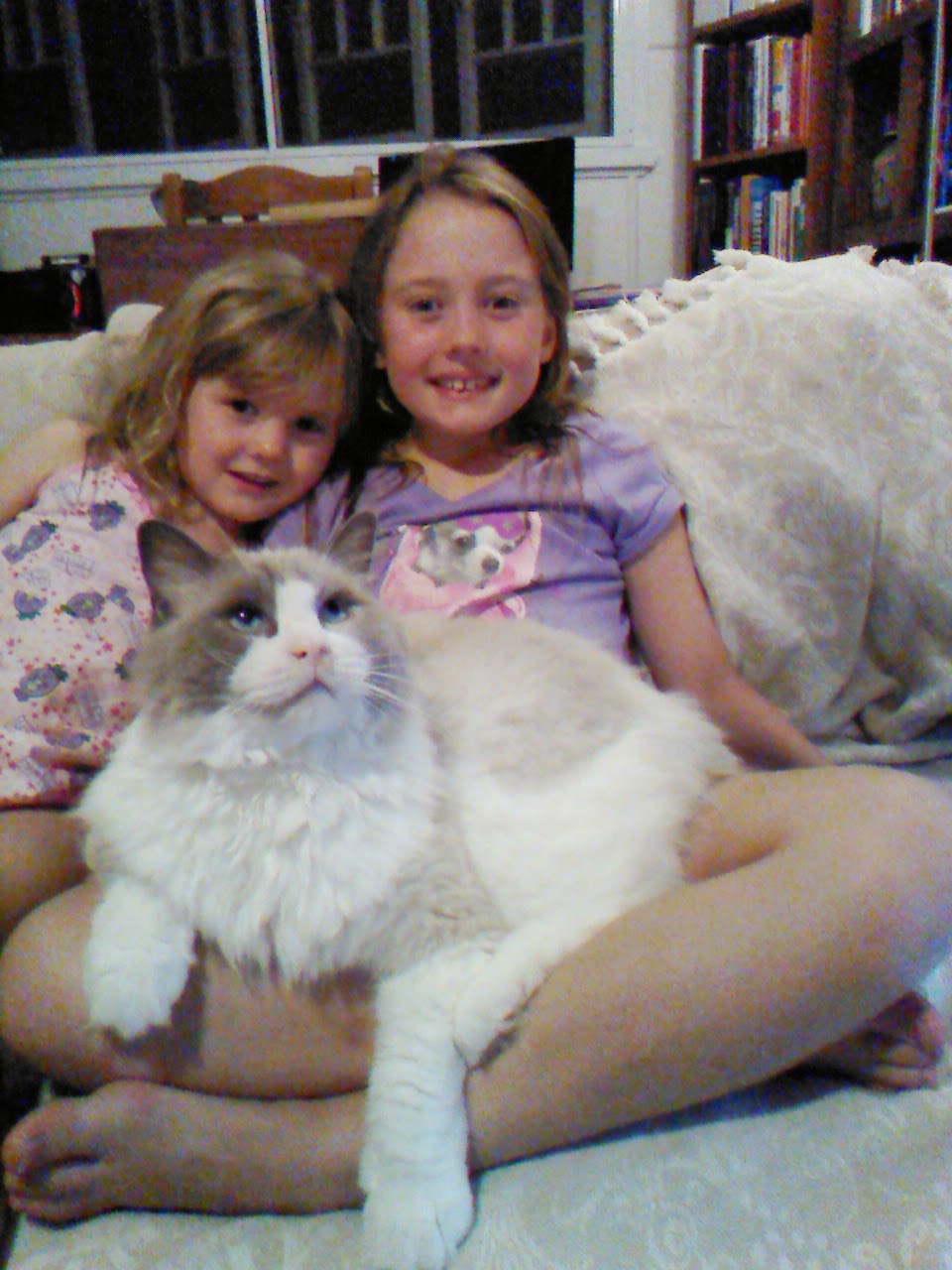 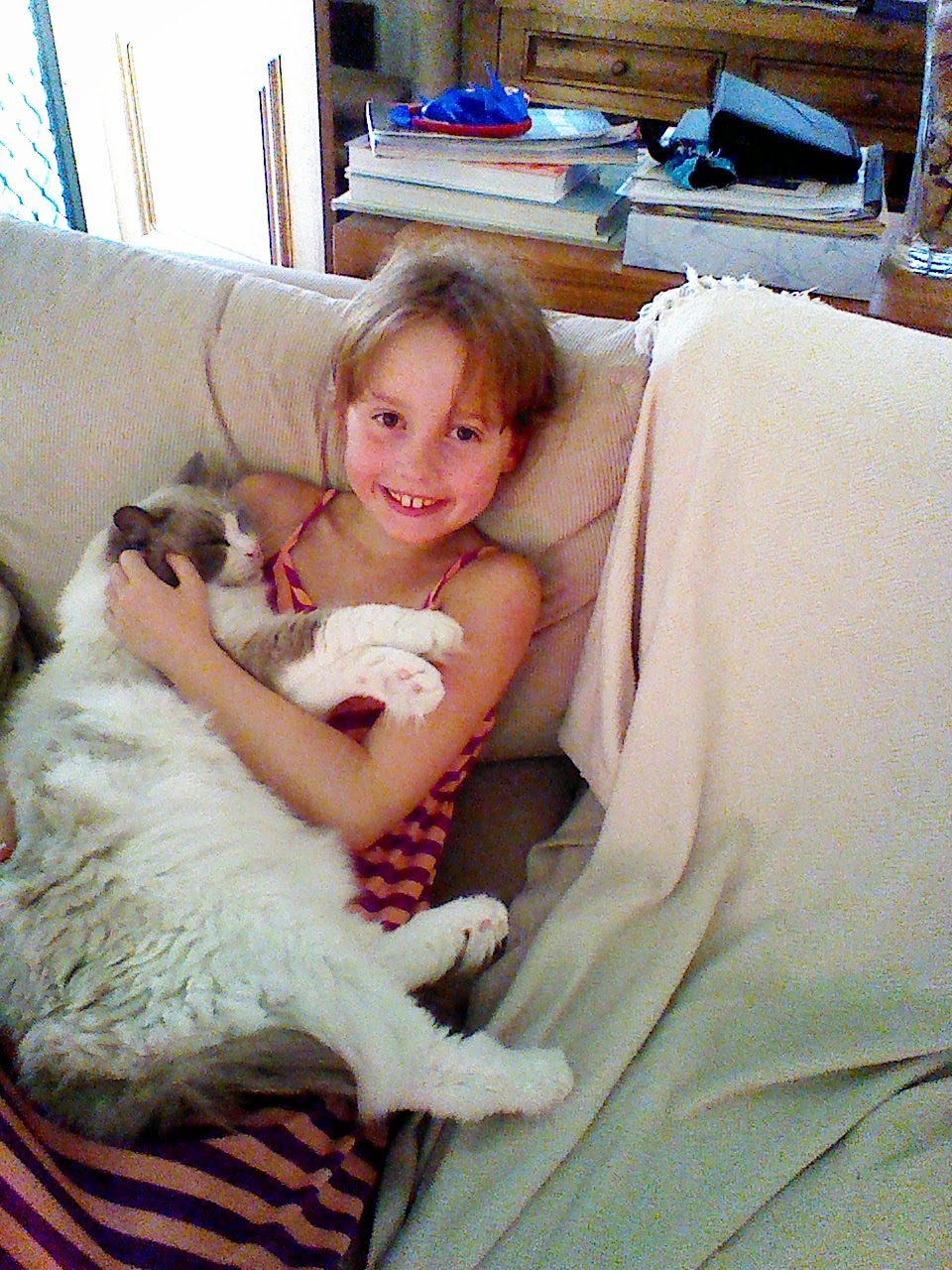 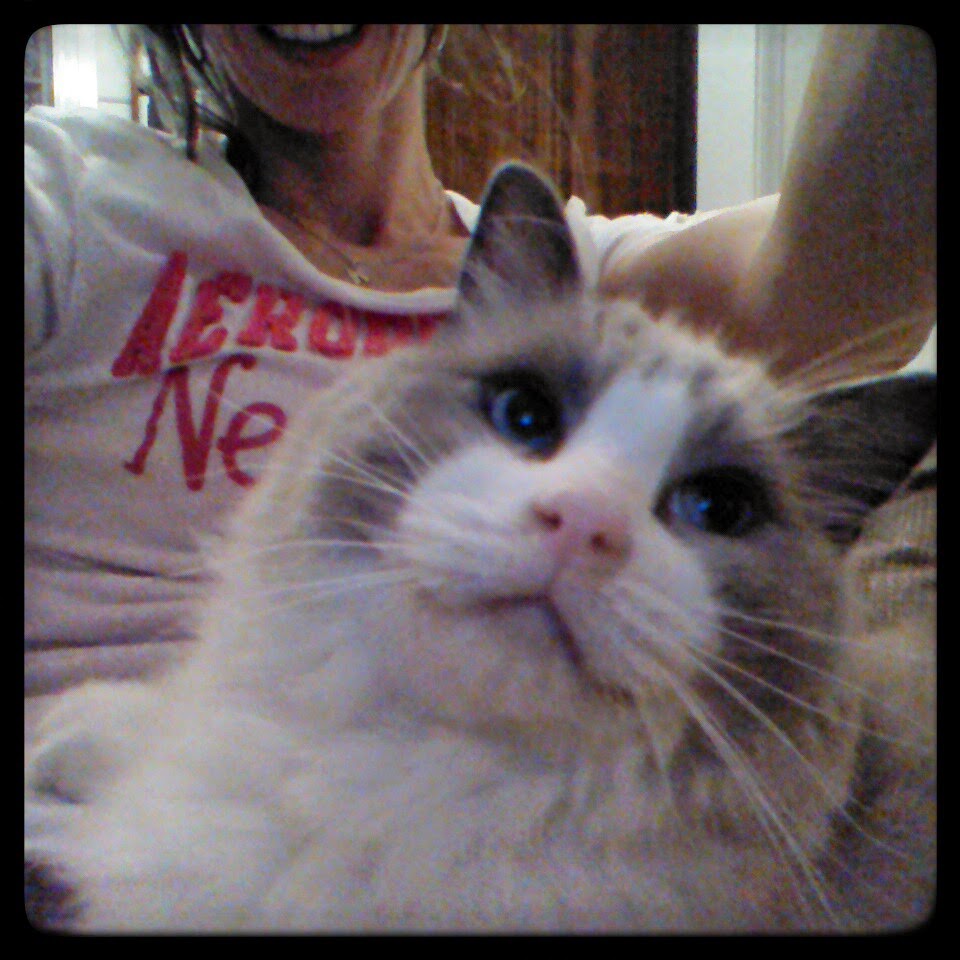 He loved nothing more than to snuggle up on a lap 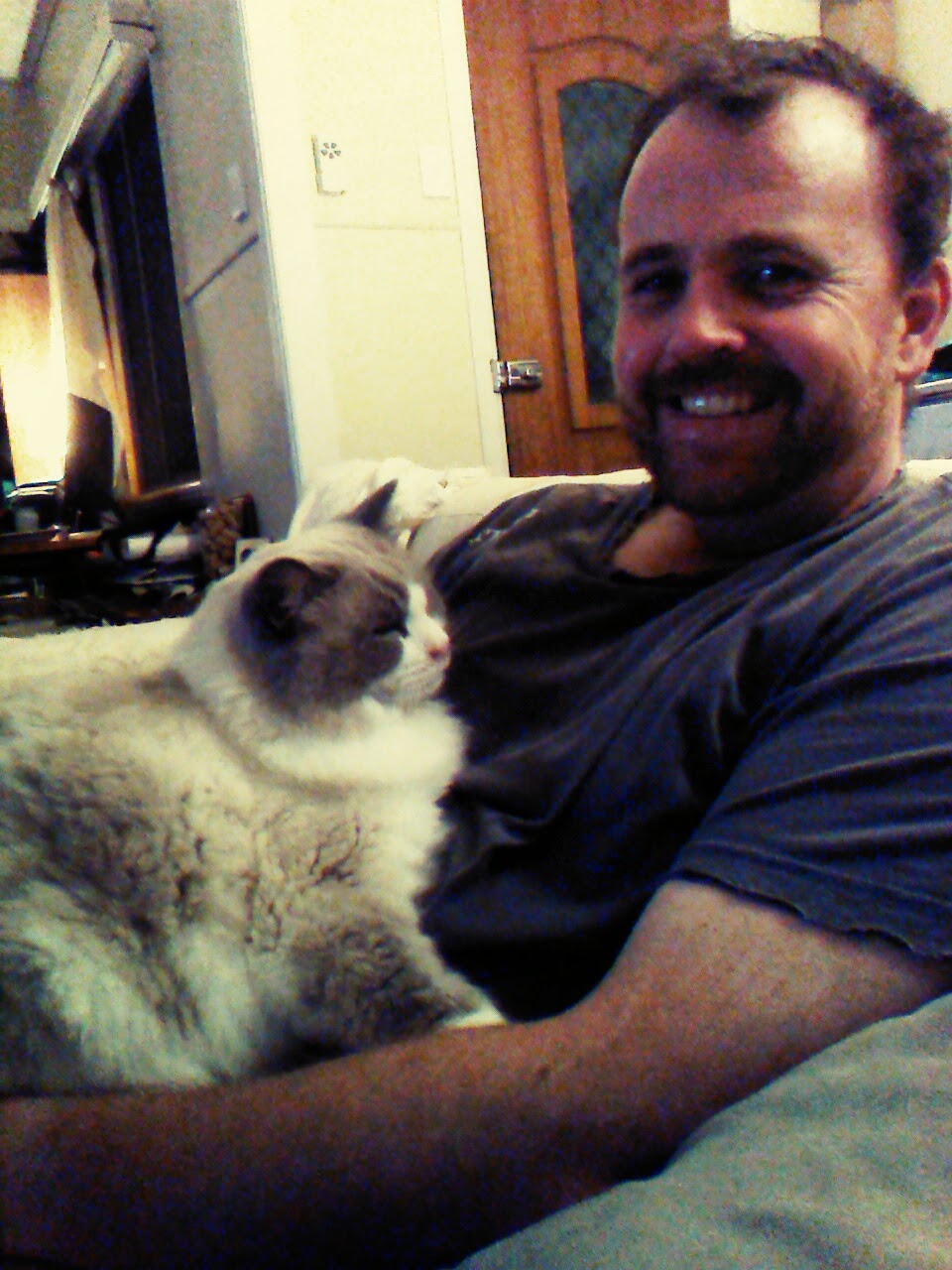 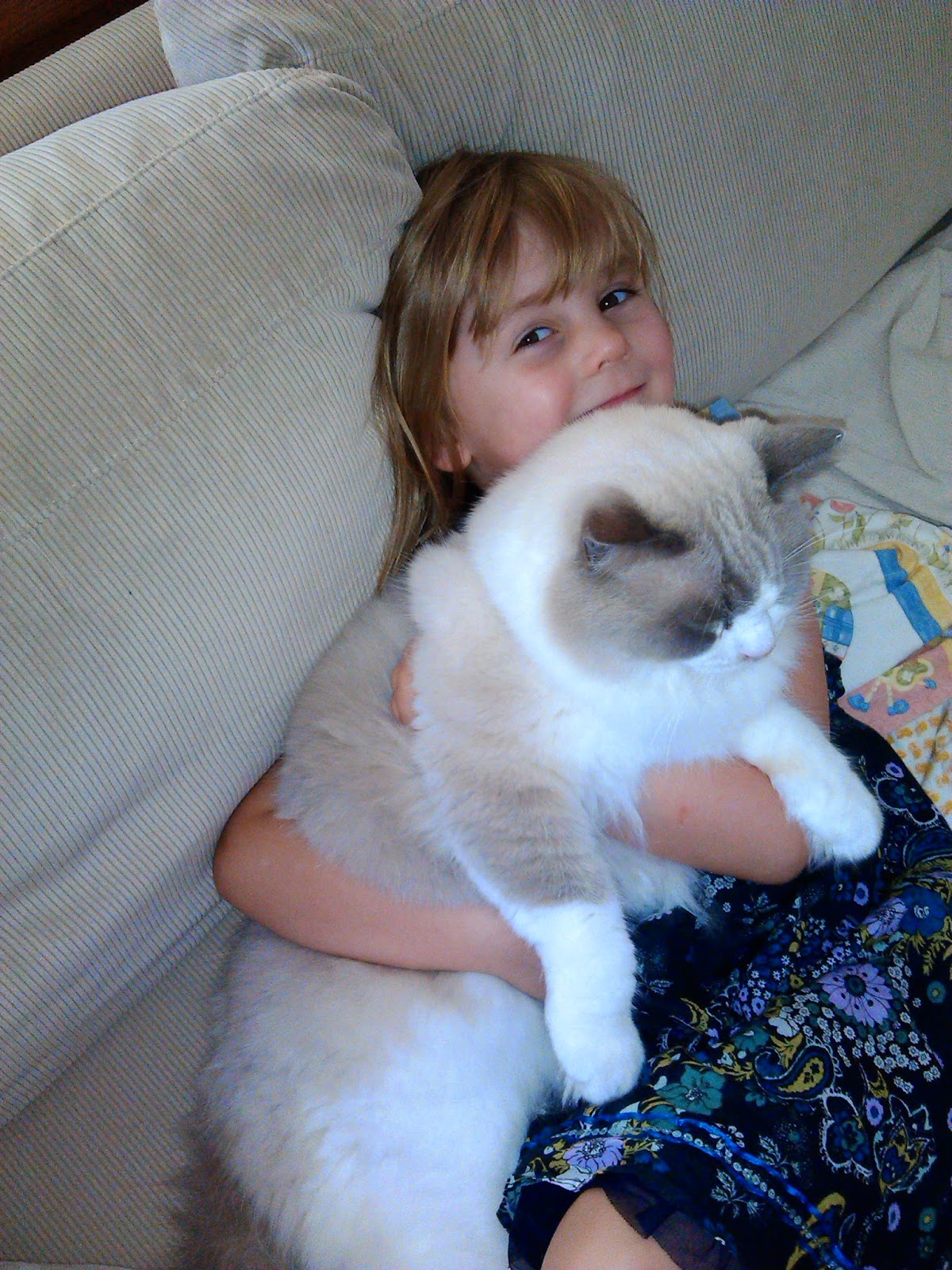 Not much smaller than Poppy, he found her a little too small for a proper snuggle, but let her try occasionally anyway 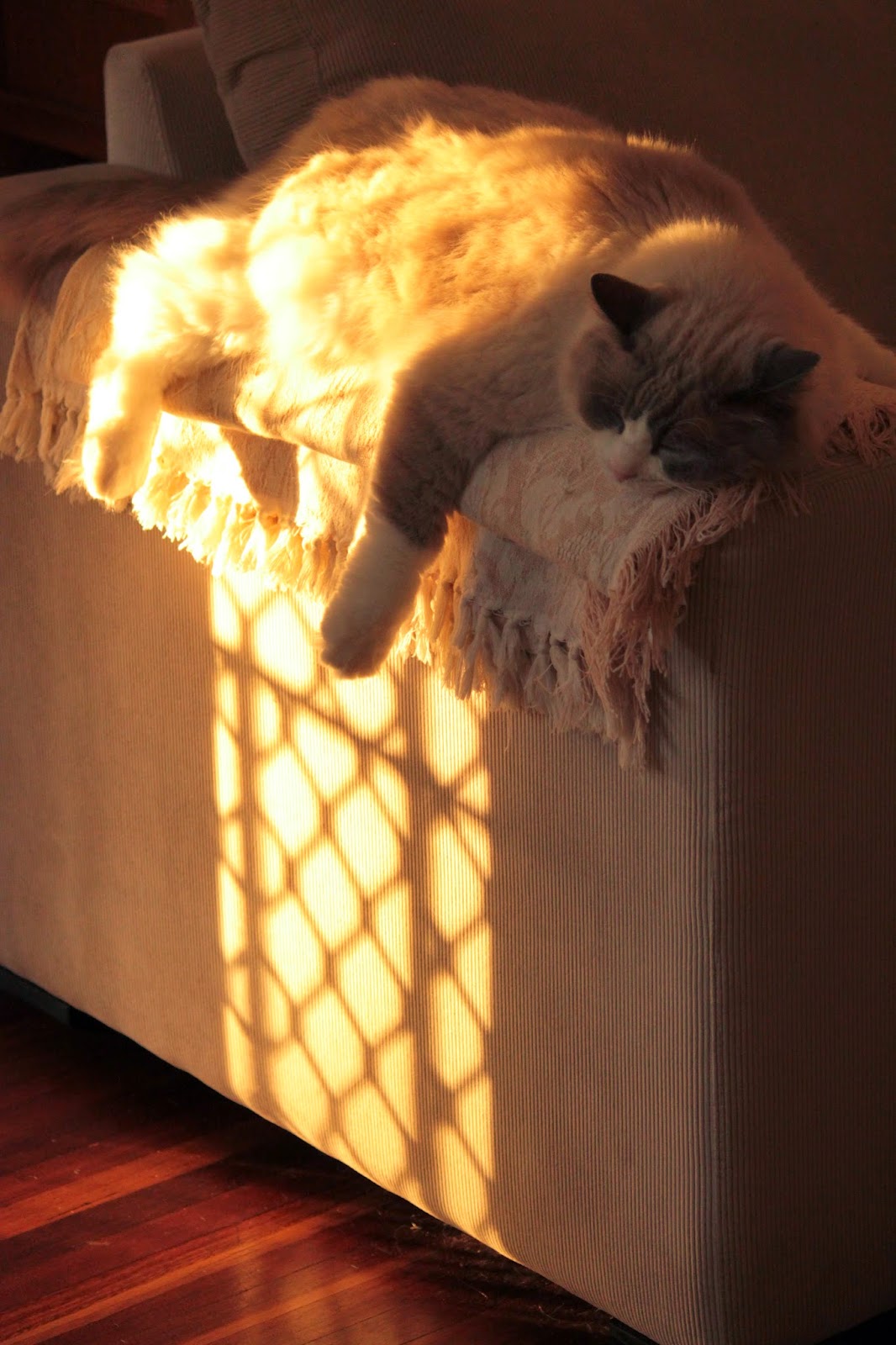 This was his ideal, catching the last few rays of sunlight in the arvo on HIS sofa arm 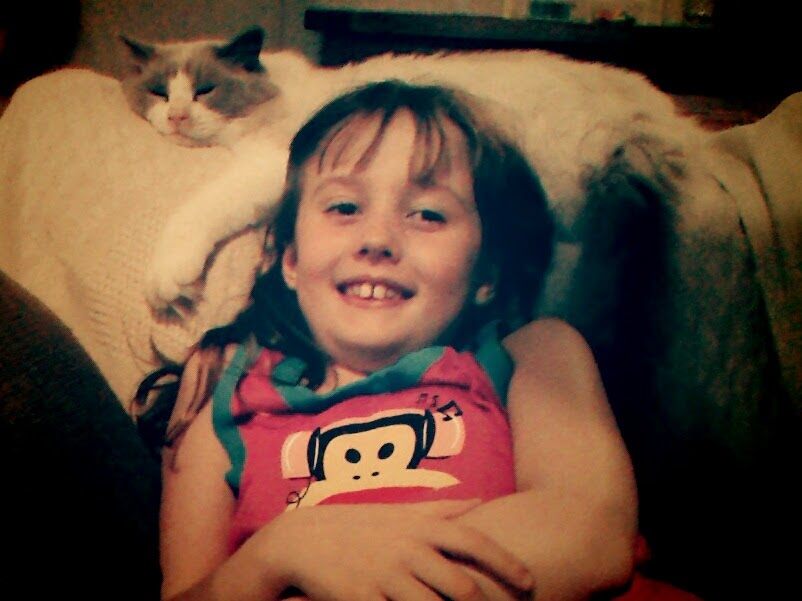 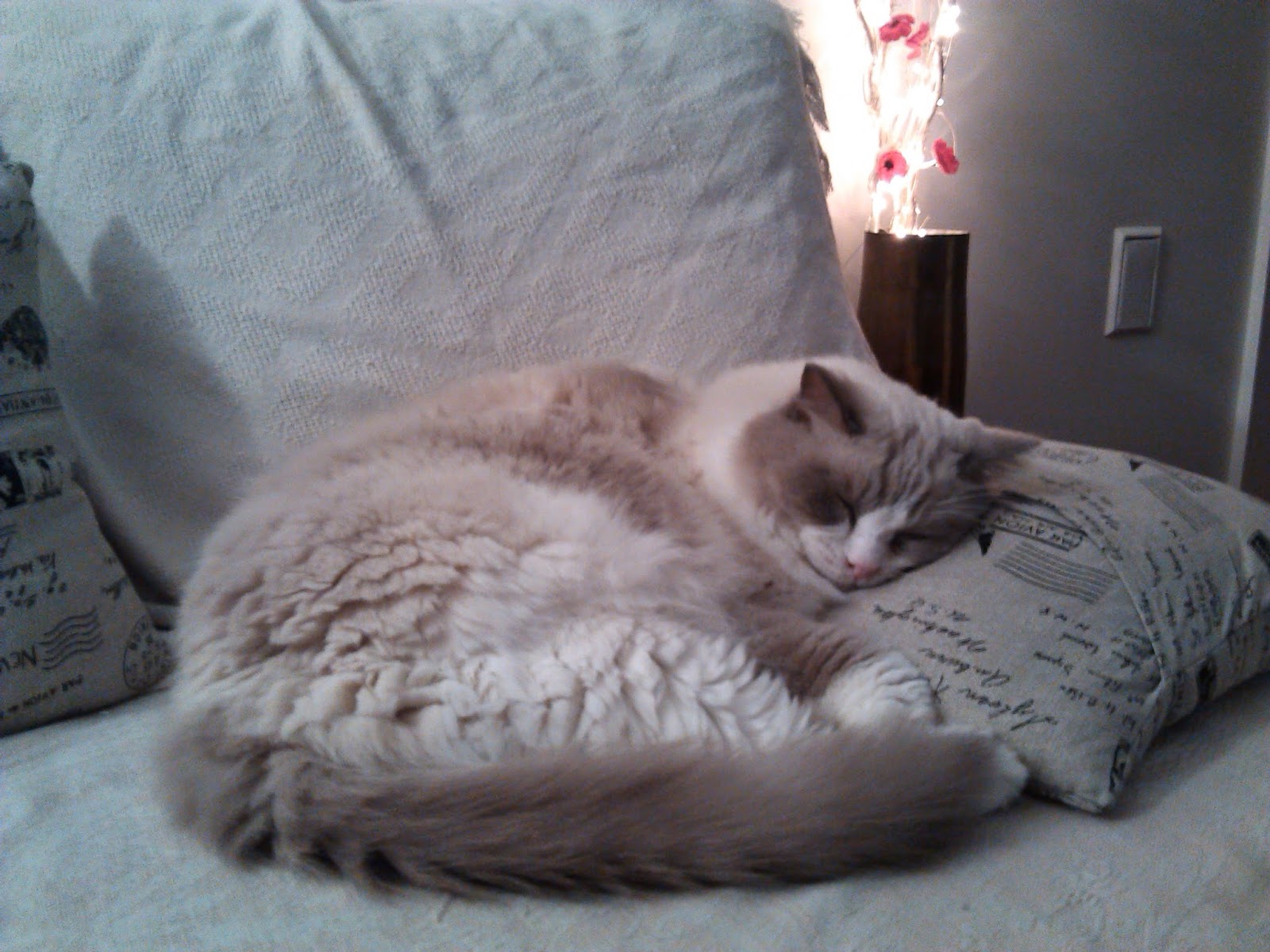 I made new pillows for the lounge, he thought they were especially for him 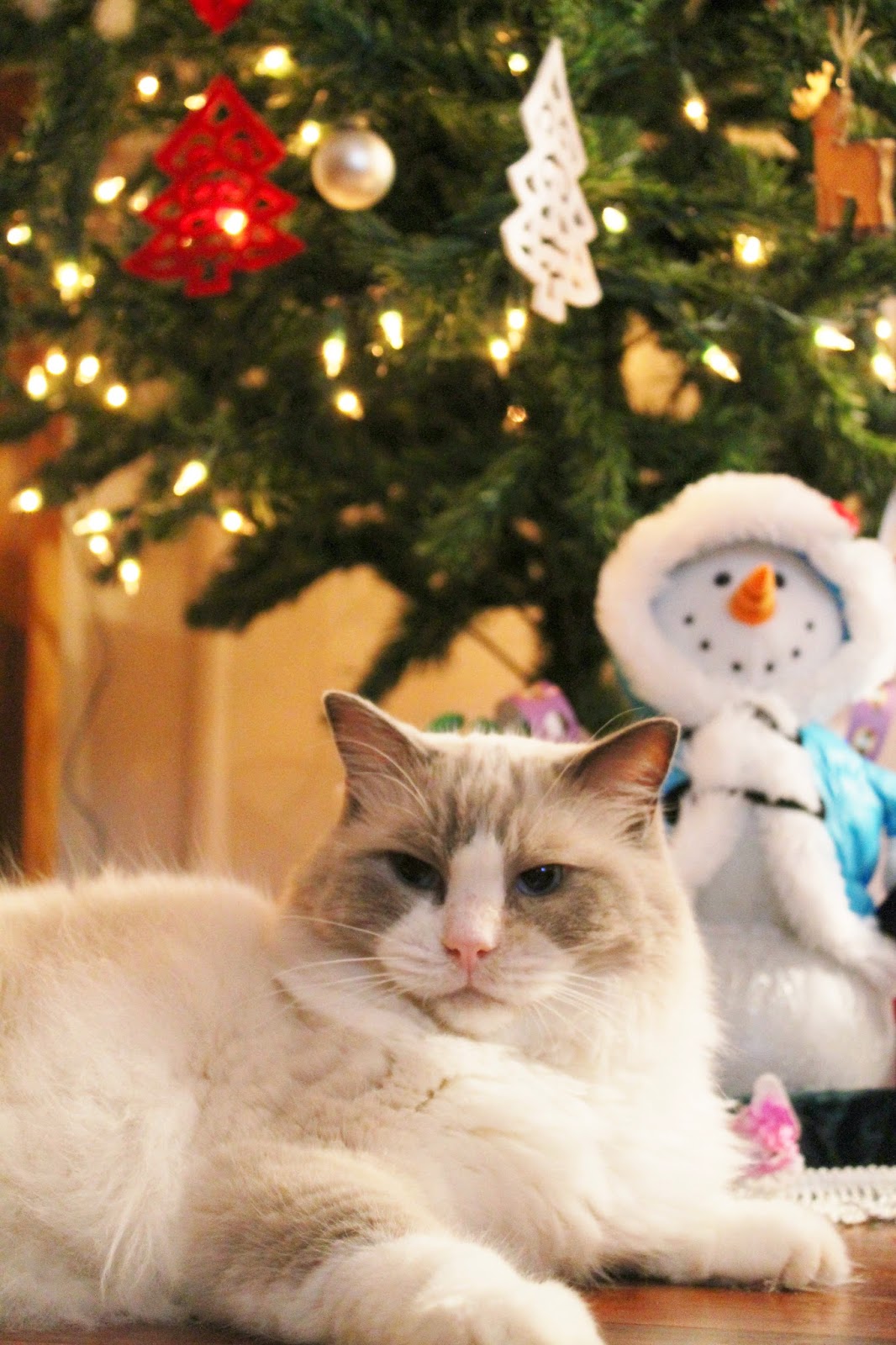 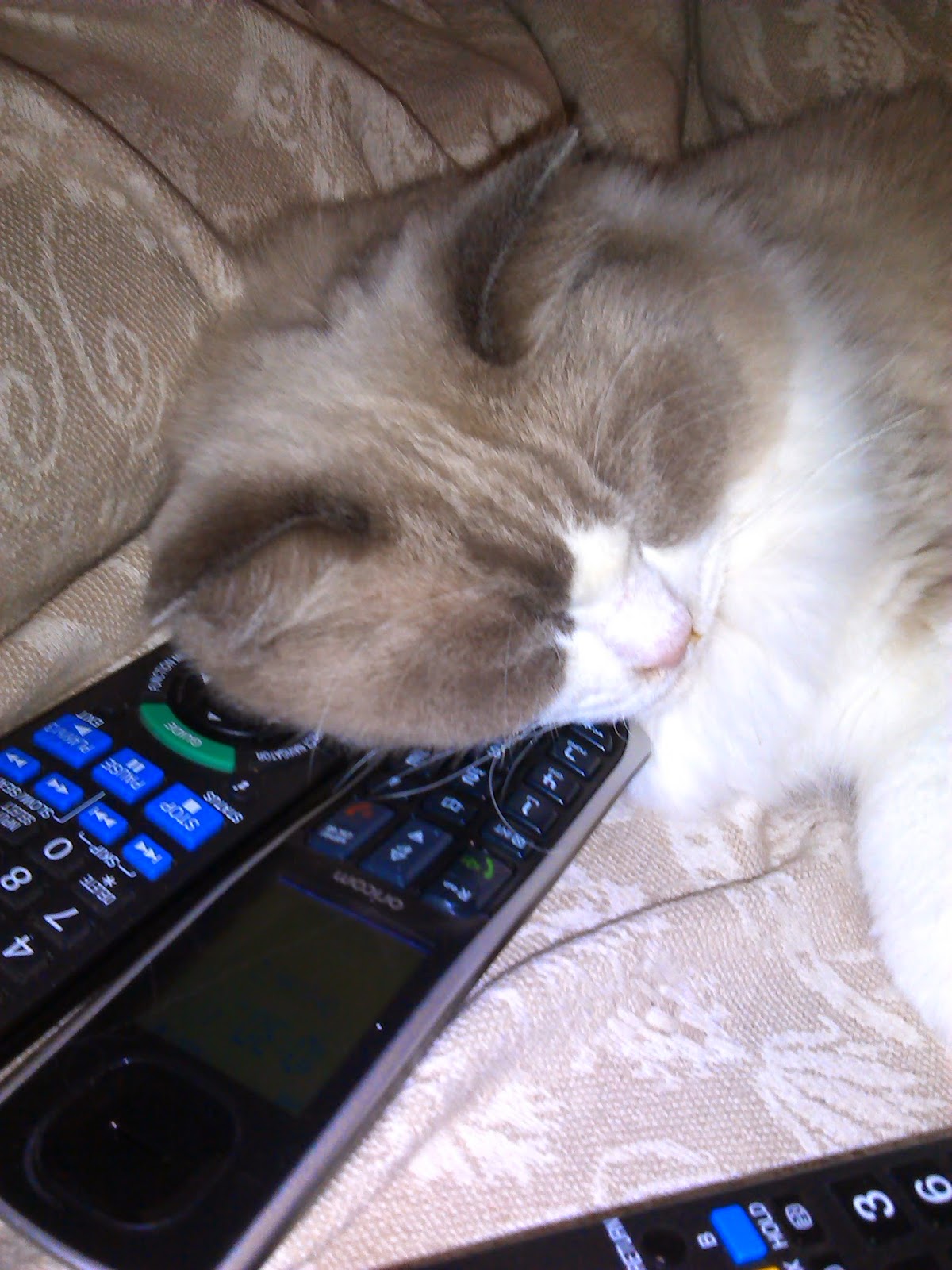 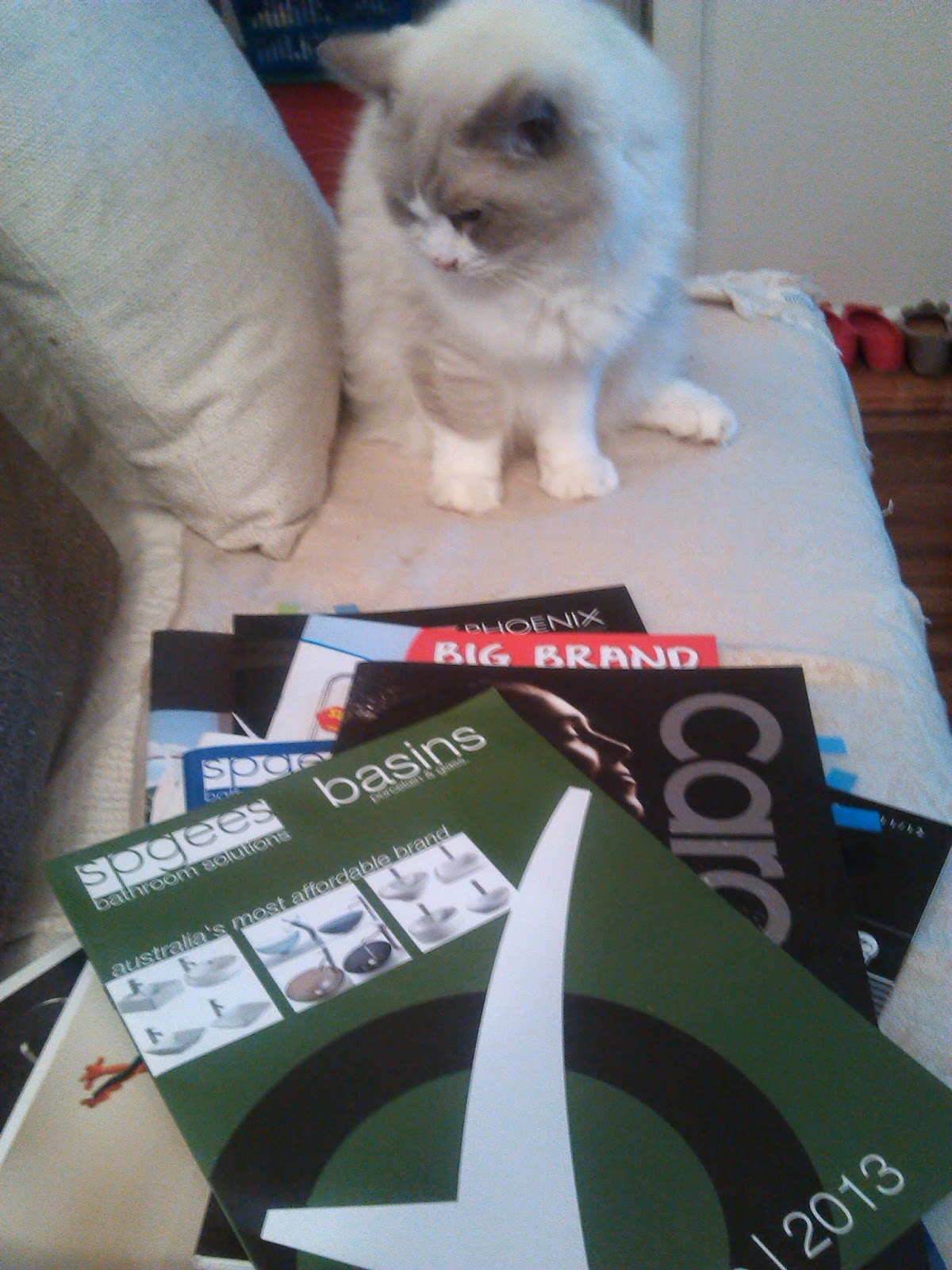 Remotes...books...meh not a problem he would find a pillow in anything 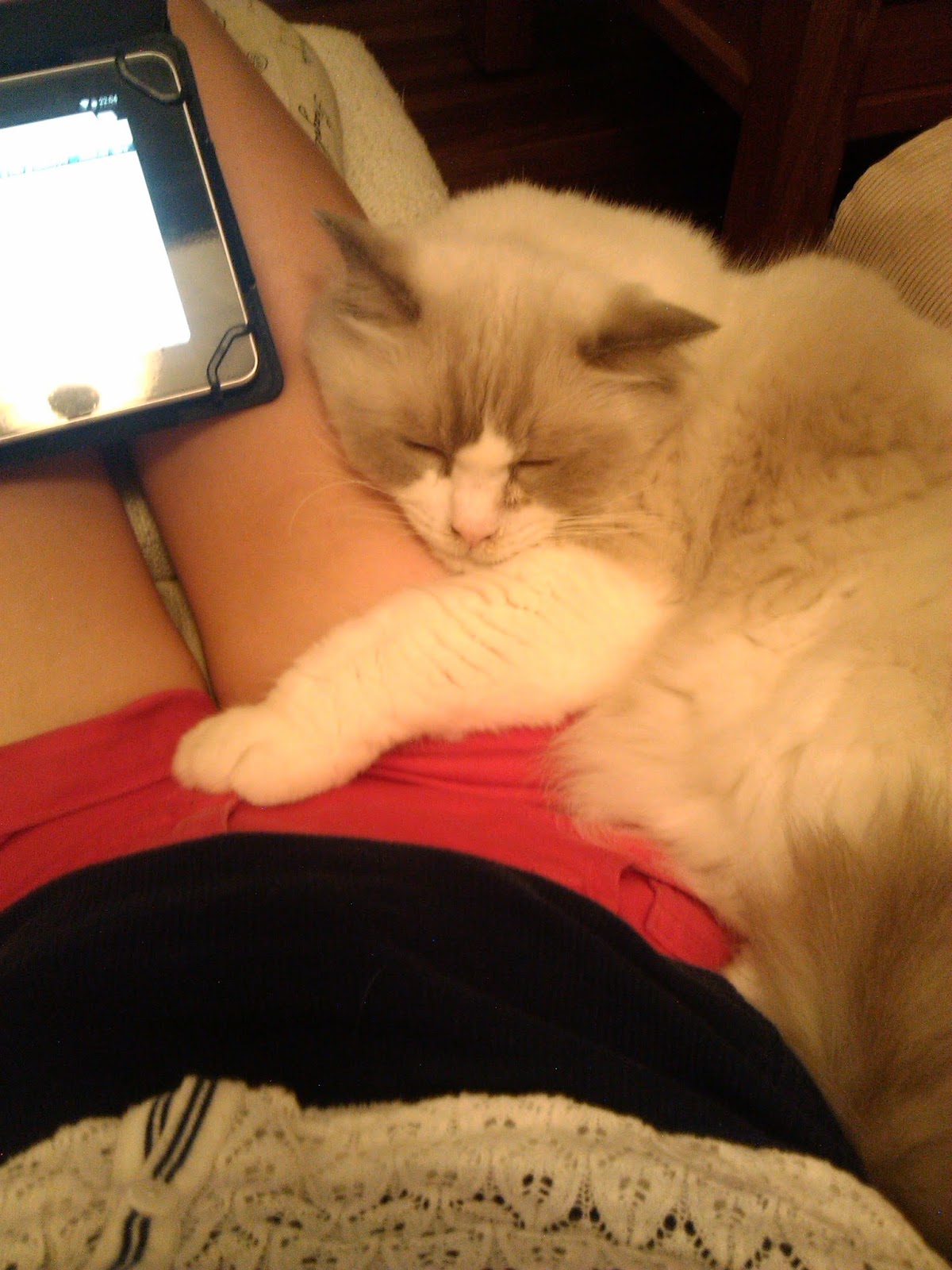 If my tablet was in the way, he would get as close as possible for a snuggle 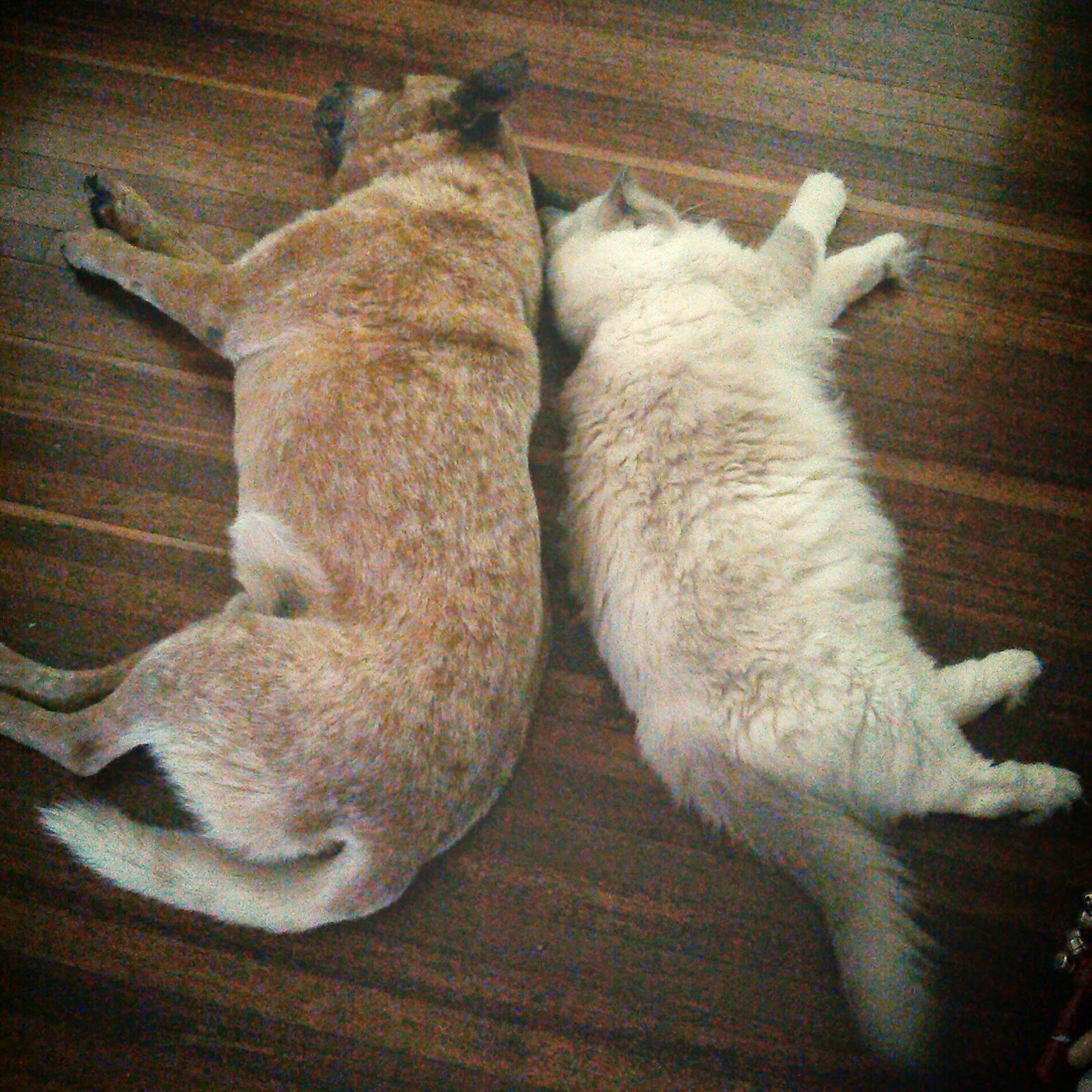 He loved dogs, and LOVED our Red, they had a beautiful trusting relationship 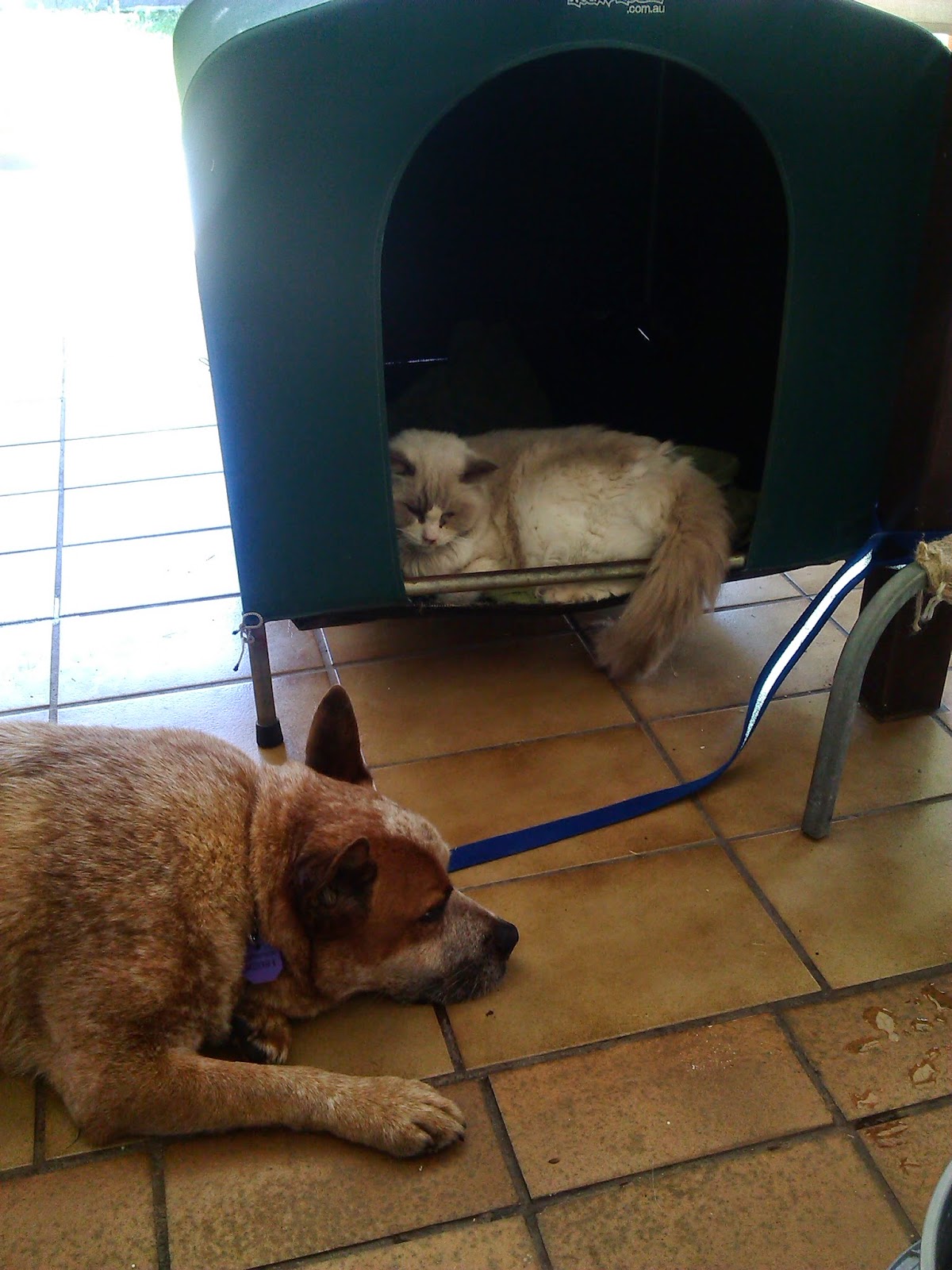 ..having said that, Red always knew who was boss 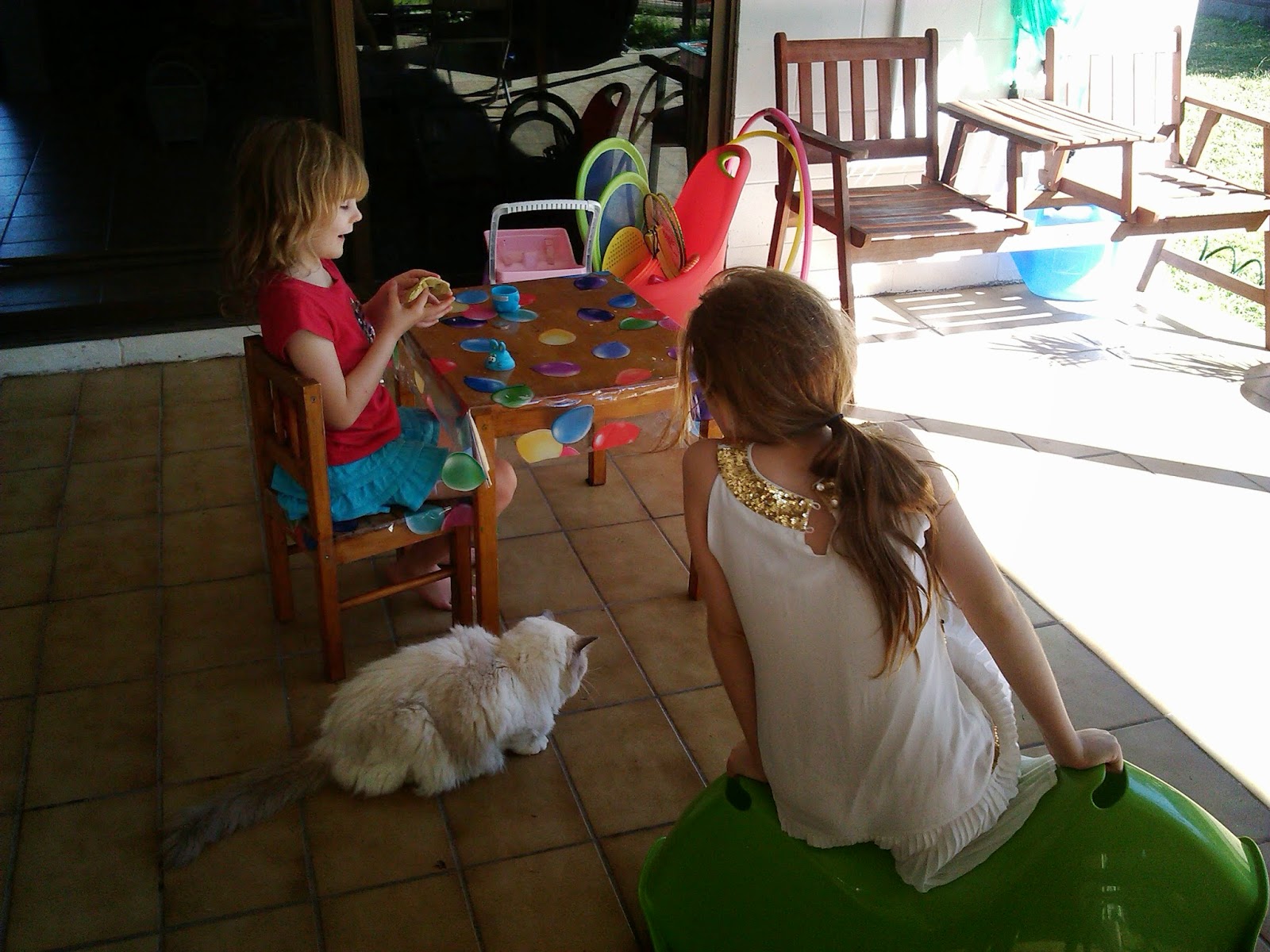 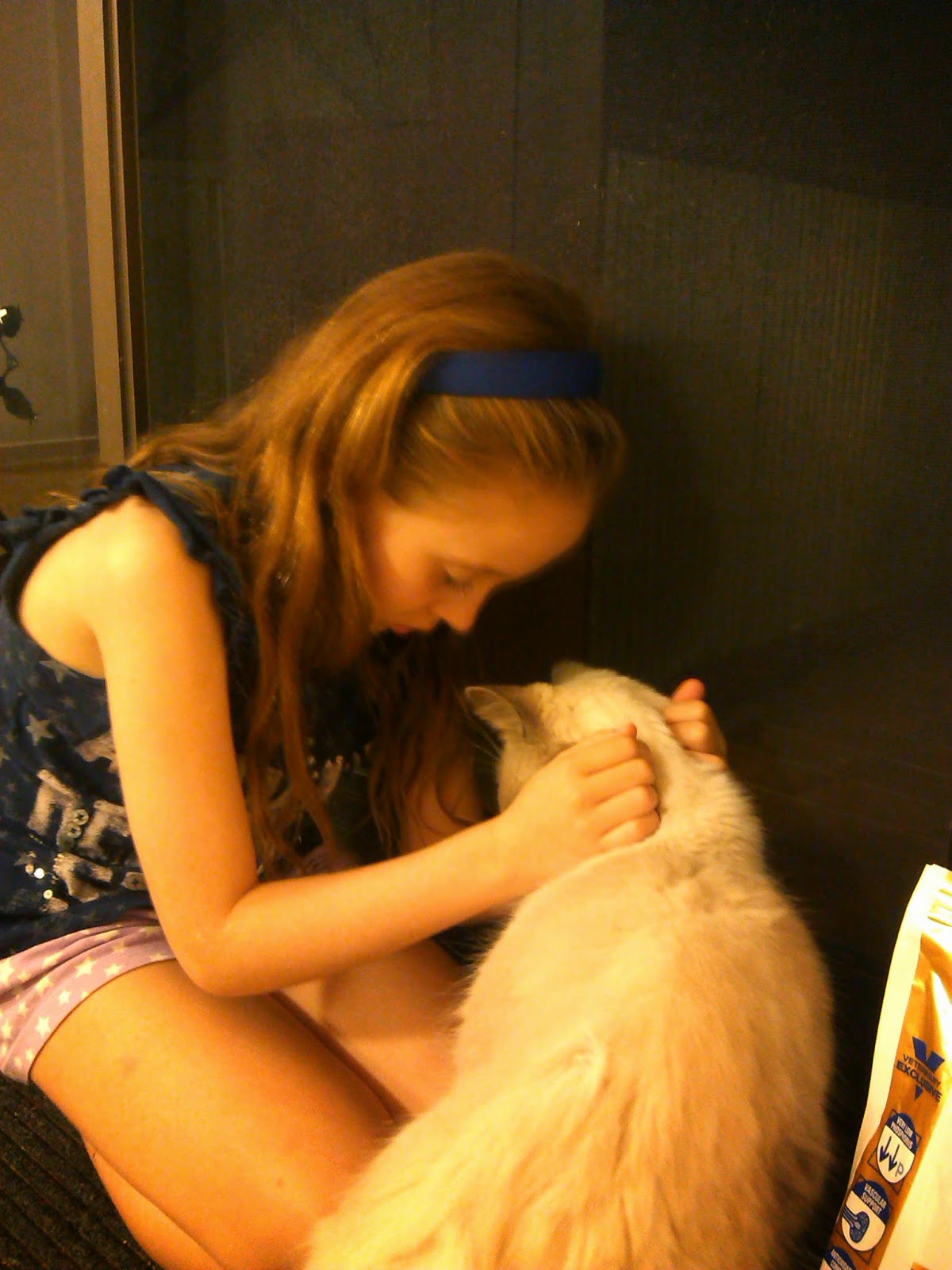 Sasha was closest to Beau he had a real 'thing' for her.  Probably because Emily (his original owner's daughter) and Sasha are very similar girls. 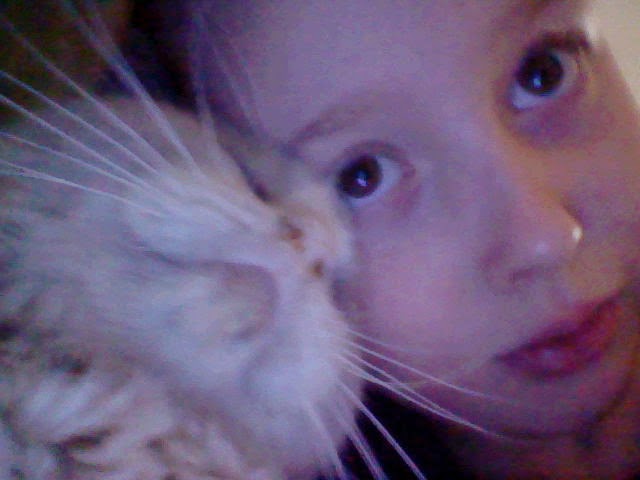 One of his last sweet head butts with his darling, Sasha 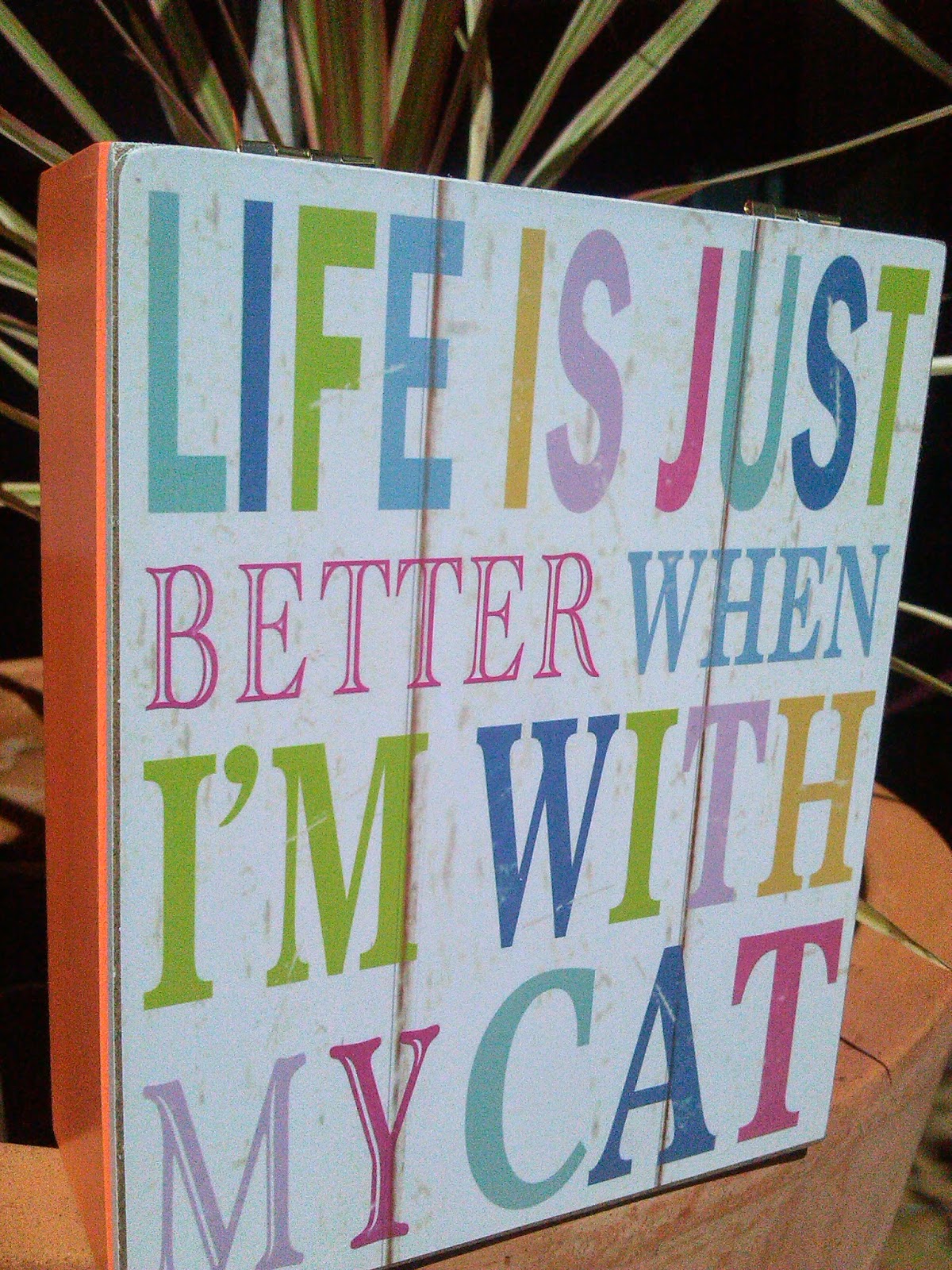 A beautiful, thoughtful and sweet gift given to Sasha by her best friend Phoebe in May.  It is exactly how she felt about Beau and it will now become a lasting memory-keepsake box for her. 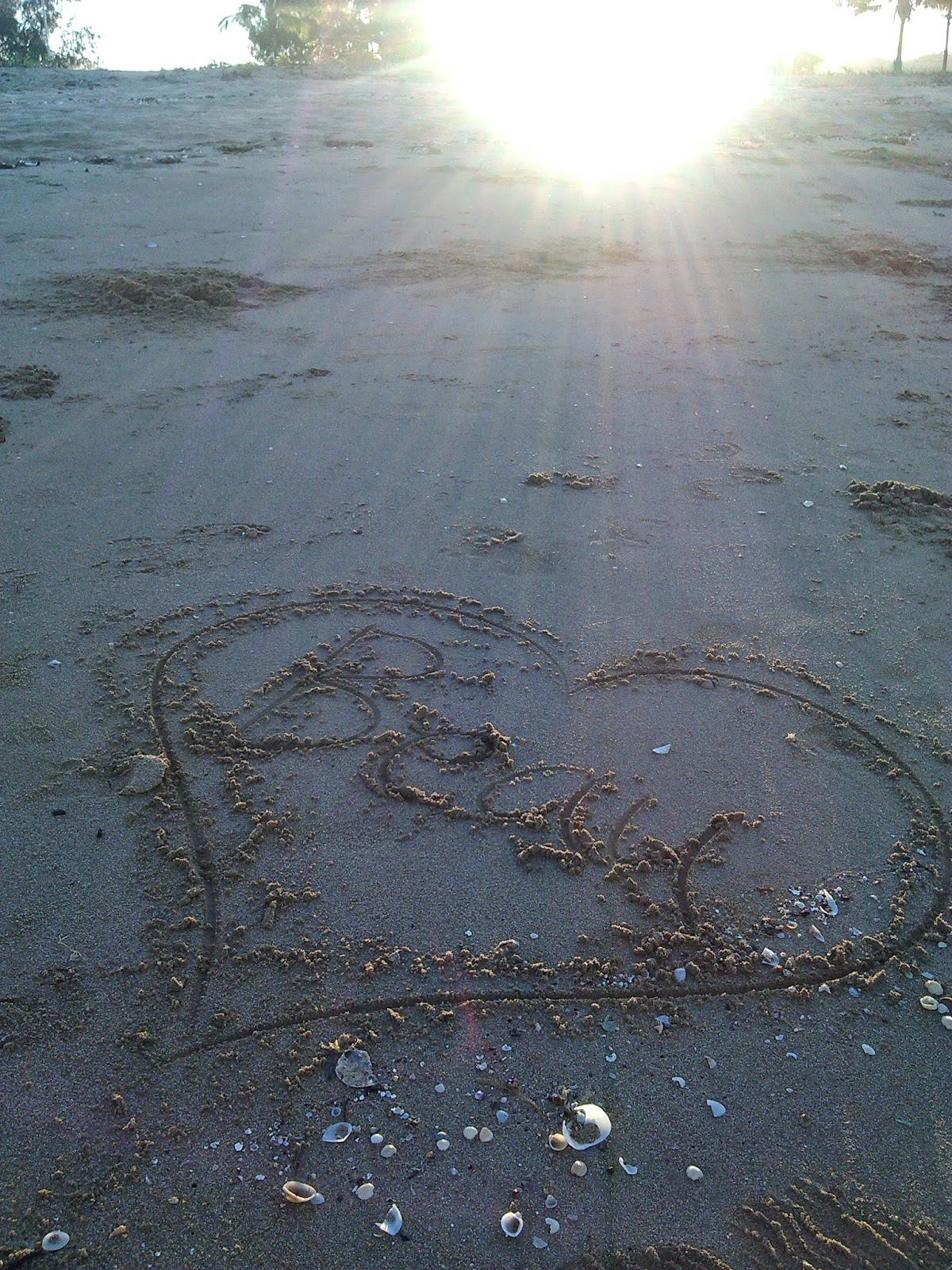 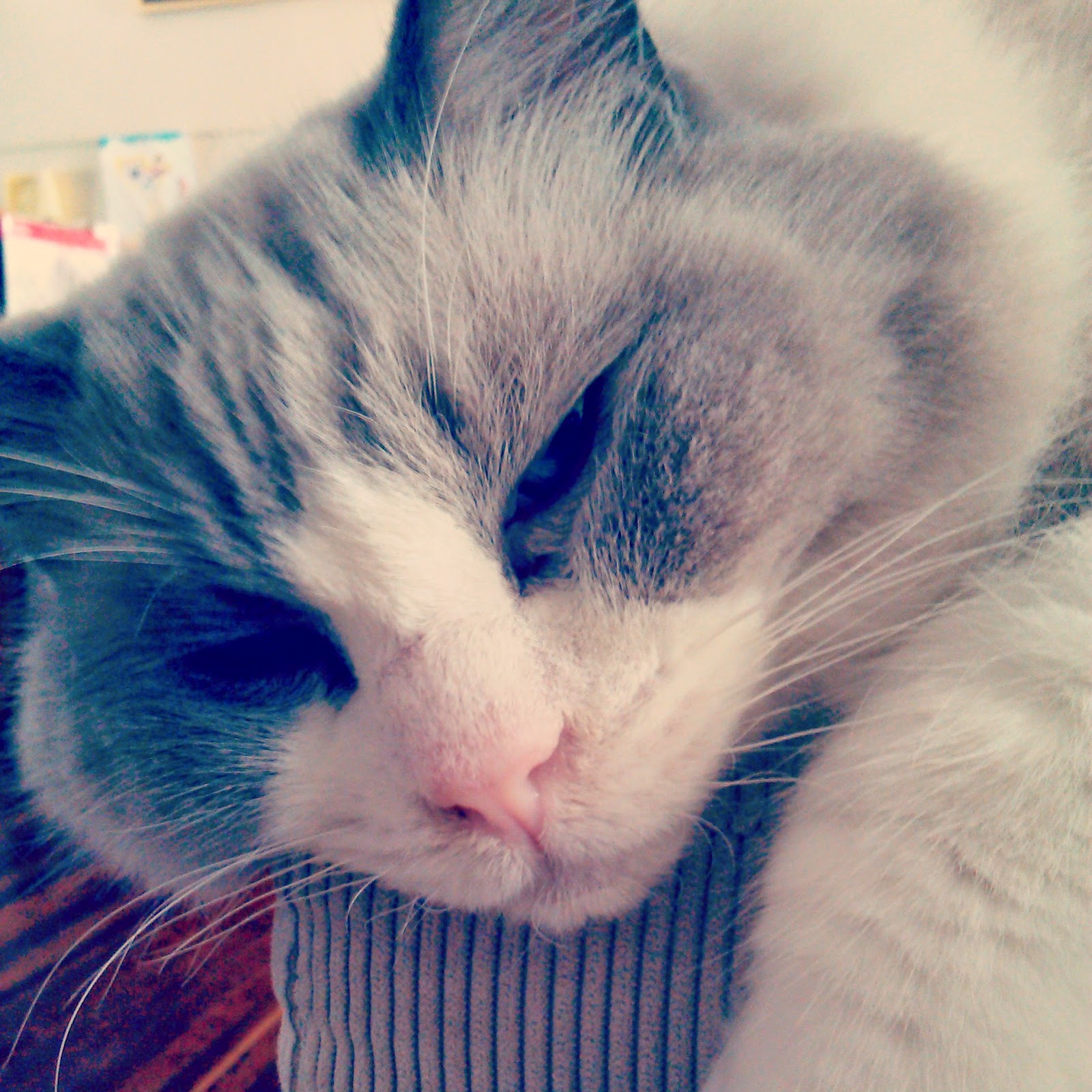 Good bye darling boy, you will not be forgotten and will be terribly missed by us all...
Kate, Col, Sasha, Poppy, Sarah, Scott, Emily and Connor
xx
Posted by Kate and Col at 13:33