If ever there was a reason...

..to keep on blogging, this is it!

Recently we were contacted by the Queensland State Library regarding our blog, I have to admit, initially I thought it was spam and nearly deleted it.  After all, why on earth would the State Library be emailing us, and how did they even know who we were?   Anyway I decided to call them to see if it was legit, and astonishingly it was. 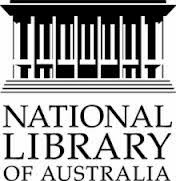 The lady I spoke with explained that the Queensland State Library is working towards building up a collection of websites depicting regional life in Queensland and our blog had come to their attention.  She loved the fact we were in Townsville and said she was excited to come across a blog based up here.  (I don't know...., House Rules neighbours 3 doors down, AND being asked to be archived in Australia's National Library databank all in one week...'holla')
In order to do this they are working with the National Library of Australia and their online portal PANDORA (Preserving and Accessing Networked Documentary Resources of Australia), Australia's Web Archive site.
PANDORA, according to their FAQ's, is -
"...a selective archive of significant Australian online publications and web sites considered to be of long-term research value.  The National Library aims to archive titles of national significance, while the State libraries aim to archive those of State and regional significance.
The Archive contains only a small proportion (estimated at less than one per cent) of the Australian web domain.
To be selected for archiving in PANDORA, a significant proportion of a work should:

So to say we were a little bit chuffed is an understatement.  And to say that I was a little bit worried is also an understatement, because it means I feel even more pressure to get my butt into gear and step it up a notch to ensure more frequent blogging!!  It's a great feeling that our little ole' blog that was meant (and still is) for friends and family to keep up with our shenanigans will be preserved way after we have gone for future generations to see.
Cheers
Kx
Ps - What do you think of the new header?  It took me ages to change because I completely forgot how to do it...durrghhh.  But as the reno projects are slowing down, (and the fact we have of course moved on from our little green house of yester-year),  I figured the blog needed a little re-fresh, a nice new picture or two.  We still have reno stuff to share but it will be mixed in with lots more family and local posts too.