﻿
A very simple slideshow today with an update of our mini vegie patch. You will have to excuse the leaf matter and general untidiness in and around our garden, our whole plot is surrounded by huge trees.  Beautiful shade giving huge trees, that we would not be happy without, but at the same time create an awful lot of mess too.  From rotten half eaten mangoes to carpets of leaves...and of course the lovely frangipani confetti as the kids call it.  That's not messy we love that. 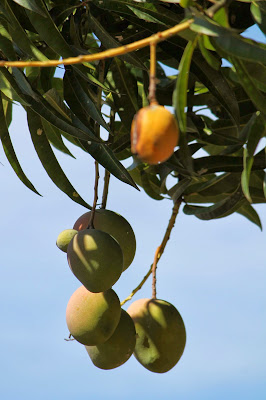 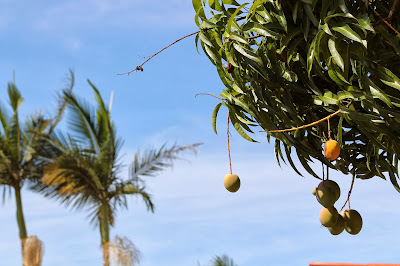 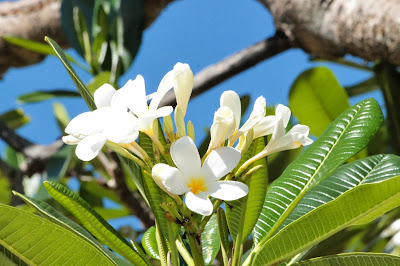 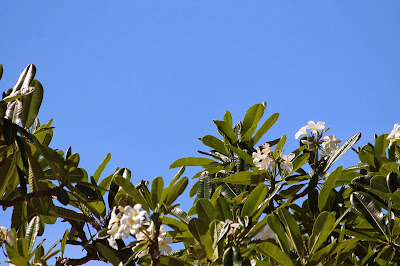 Plus numerous others that shed their leaves and scatter themselves about our patch, and to be honest I do not spend enough time cleaning up the fallen debris, so as I said please ignore the untidiness!

We have had some successes with our garden and some complete fails.  We began very simply without spending lots of money on making proper garden beds so that we could test out the soil, drainage and location/sun/shade etc to see what would grow (if anything) and what we would have to work a bit harder on.  So we started with snow peas, tomatoes, sage, chives, mint, basil, parsley  and pumpkin and later added round cucumbers, capsicum, potato and lettuce. 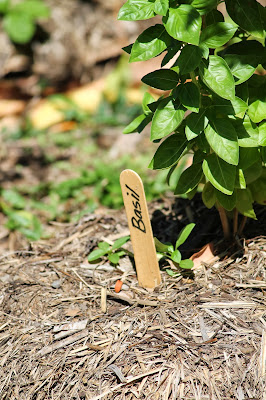 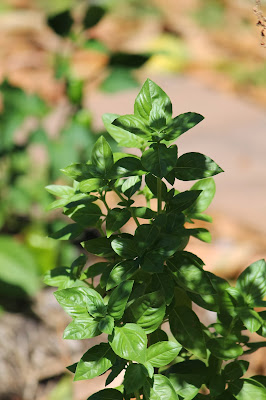 After some initial fails with our Basil, it is now coming on wonderfully 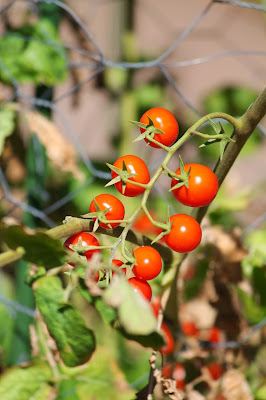 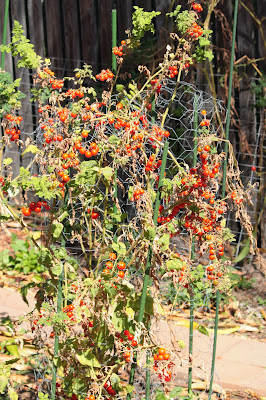 Although our tomato plants have now died off, we got loads of fruit from them, and although 'not bad' they were not the best of flavour so we may try a different variety next year. 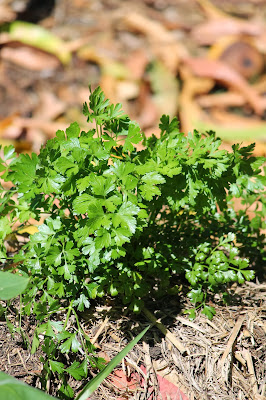 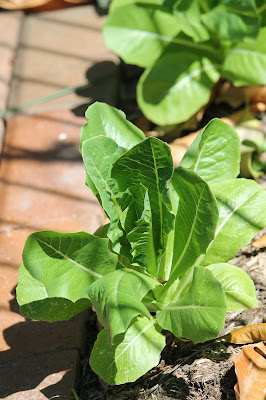 The parsley and lettuces grew perfectly, again we didn't like the lettuce variety as much as we'd hoped to :( 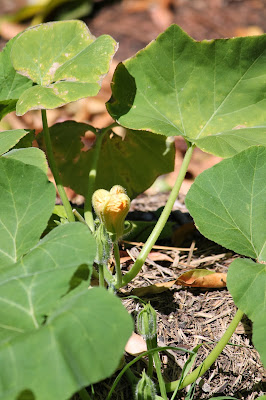 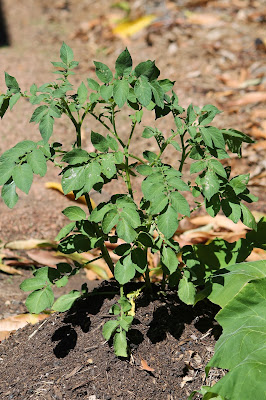 These two were accidents. Well kind of.  The pumpkin vine started from a seed that had dropped from the compost bin lid, so it was a definite accident and the potato plant is an experiment from the supermarket potatoes that seeded in the pantry before I could use them in the kitchen.  I have no idea if either will produce anything but we figured it doesn't matter either way and would be fun for the kids to see what grows. 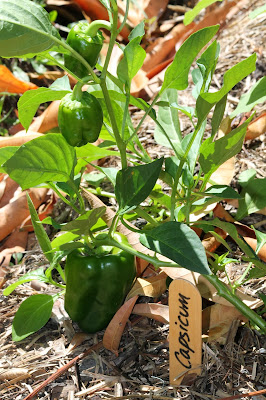 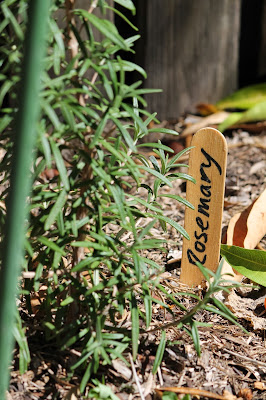 The capsicum and rosemary are both doing well 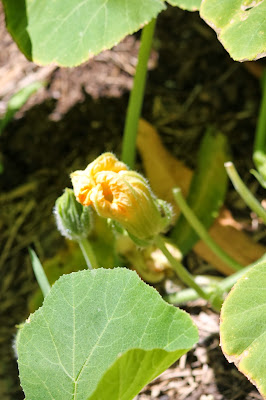 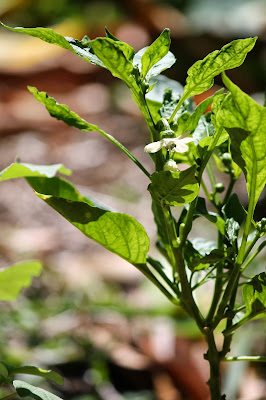 As for the other plants mentioned above, cucumbers, peas, sage, chives etc they did not do so well and died out, at first the peas were looking very good and we were hopeful that they would produce a bumper crop but after a few gorgeous little pods formed, they just stopped.  The sage that went in the ground didn't cope and went bad straight away, although I do have a lovely healthy sage plant in a pot.  As for chives, no luck at all.  In fact I have tried to grow chives many times and in many climates and places but never been successful.  I used to love picking and eating chives from our garden when we were kids, seeing the huge 'bushes' of them with those lovely purple round flowers.  Love them!  But I have no idea why I can't grow them here (or anywhere)!  Even our mint wont grow...MINT!? for goodness sake!! Everywhere else we have lived it has positively taken over.  Here?  Nada!  Tried it in pots, tried it in the ground...nothing!  Very odd!
In all honesty we really didn't know what we were doing with any of this garden so we are surprised that even this much has worked...so I guess we ought to be grateful for what we do have!

So that's about all so far from our garden, we are currently in the process of re-grouping so to speak and making some cute little 'neater' garden beds, not like the ones we did as a trial, (no sh*t they look like freshly covered graves...Col chose to dig rectangular mounds (really??!!), so we should have some pictures of those in the next week or so.  As for the rest of the blog I hope to be back later this week with an update on the kids rooms.  It was months and months ago that Poppy moved from her shared room with her sister to her own bedroom and I just realised I never did a post on it, so I must get onto that.

Have a great week folks and any gardening tips would be gratefully received...especially anything pumpkin, potato or chive related, cos I have no idea about any of them!