At the going down of the sun, and in the morning...

...we will remember them

The 25th of April, ANZAC Day, is an important day for Australian's and New Zealander's. It is a day when we remember those young soldiers who landed on the shores at Gallipoli on the Turkish peninsula, our first military action since federation. In addition to remembering those killed and wounded in the great war, it has also become a day to remember those killed and wounded in all wars and conflicts.  And we pause to thank those who continue to serve and who maintain the ANZAC spirit. 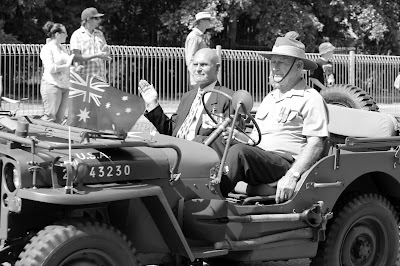 ANZAC stands for Australian and New Zealand Army Corps, the soldiers in those forces quickly became known as ANZACs. The qualities shown by the ANZACs of courage, mateship and sacrifice have been upheld by both countries soldiers since the end of World War I. For Australian's, it is a day of national remembrance, and many people choose to attend commemorative services around the country, usually a dawn service followed by a 'gunfire breakfast', continued mid morning by a march through the streets to a cenotaph or memorial for another remembrance service.

For our little family unit, and being a military family, ANZAC day has been one of our most important days of the year. I have always found ANZAC Day to be important, as it reminds us of the sacrifices that were made by many, so that we could enjoy the freedom and opportunities in life we have today.  This one was extra special as it was Poppy's first time marching with her school. 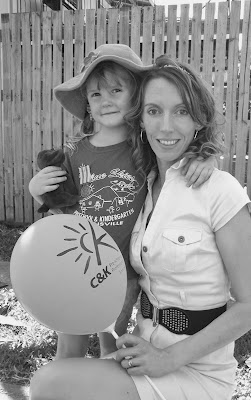 We have taken the girls along with us every year, bar one in America, getting up at 4.30am to be in place by the time the ceremony commences. When I have been deployed overseas, Kate has remained steadfast, gotten the children up, and taken them to the dawn service on her own, while I obviously have attended the dawn service overseas. Below is a photo taken just after this morning's dawn service which was at ANZAC Park on The Strand in Townsville. 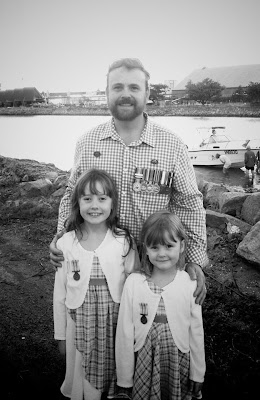 As a serving member of the Army, it took on new significance after my first deployment in 2001 to East Timor, and even more so since being married and starting a family and having to endure the separations imposed by future deployments. Besides East Timor (now Timor Leste), I have deployed twice to Afghanistan, 2008 and 2010 and also had two shorter trips to Iraq in 2008, and Afghanistan in 2009. As a family that has meant many months apart, birthdays and special occasions missed, but that is unfortunately a necessary inconvenience for those who serve. 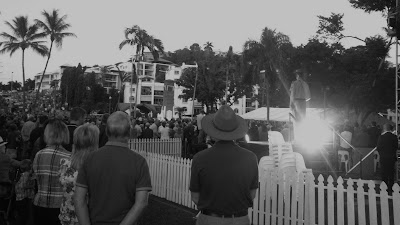 In attending the ANZAC Day services every year, it is my hope that our two girls will grow up knowing the price of freedom. That they will hear, every year, the sacrifices made by those who have served, past and present. They will hear the stories of great achievements by ordinary people in extremely adverse circumstances from old veterans of the great wars. They will understand why we have people deployed overseas today defending those freedoms. And from all of this they will understand why their Dad (and many of their adopted Army uncles) were always away, and why we missed all those special family events.

I think our girls understand, especially our eldest. This morning when she woke up she said she had been thinking about ANZAC Day during the night, and she had come up with her own speech, which she quickly wrote down. She is hoping to read it out at school tomorrow to her class for her news item.  It is humbling to read (I am so proud of her) and I think it sums up the sentiment of many... 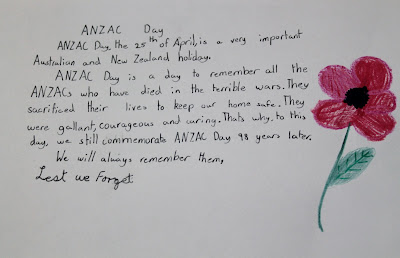 Later in the day we went to one of the two big marches in Townsville, I marched with the two girls in Poppy's school group, while Kate took photos and provided a mobile cheer squad for the girls. 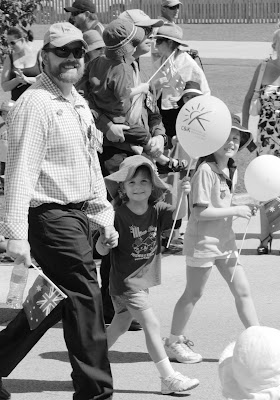 It is always very humbling to march in an ANZAC parade and receive the thanks from well wishers who line the streets. When finished we departed for home with two very tired girls in tow, but both very happy and proud to have made the effort to remember those who serve and have served. 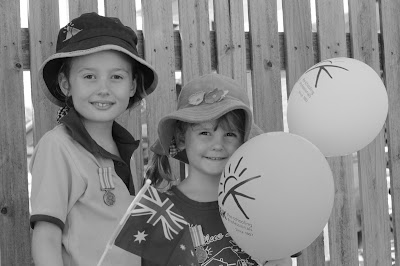 For me the solemn tone to ANZAC Day is best summed up in the poem 'Flanders Fields'. Whenever I read it, or hear it, I think of all those who made the ultimate sacrifice in the name of freedom, and I think of comrades and friends from recent times who served and are no longer with us.

In Flanders Fields
by John McCrae, May 1915


In Flanders fields the poppies blow
Between the crosses, row on row,
That mark our place; and in the sky
The larks, still bravely singing, fly
Scarce heard amid the guns below.


We are the Dead. Short days ago
We lived, felt dawn, saw sunset glow,
Loved and were loved, and now we lie
In Flanders fields.


Take up our quarrel with the foe:
To you from failing hands we throw
The torch; be yours to hold it high.
If ye break faith with us who die
We shall not sleep, though poppies grow
In Flanders fields.
Posted by Kate and Col at 18:47