Waaaaay back in May our great 'Keep Calm' calendar, featured here and here that has helped us stay in touch with all things 'reno' and all things fun, had this as the picture page.. 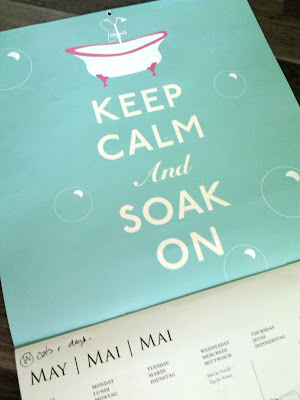 Usually our calendar is spot-on-the-money-AWESOME with it's posters. For example, look at June (my birthday month) perfect or what!! 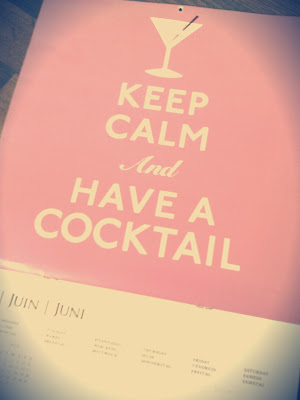 But in the case of May, although it should have been very fitting because that is when our second bathroom was due to be completed,  it wasn't. We had issue after issue concerning the bathtub itself so it was seriously delayed and wasn't actually finished until mid June.  Which is exactly why this is going to be a hard post to write as it's been so long since we did it!
So, let's go back to where we were then...the main bathroom was completed back in April see here, and the master bath was started afterwards at the same time as the kitchen, see here.  It should have been a simple job as it was a slightly bigger, mirror image of the main bathroom with the added benefit of a bathtub and although most things went to plan, the bath really messed things up so it didn't pan out to be quite as quick and simple as we had first imagined. More on that later, but for now I had better do a quick recap of the before shots for my benefit as much as yours, after all it's been that long I am sure you won't remember it in all it's sophisticated, PINK and BROWN gorgeousness! 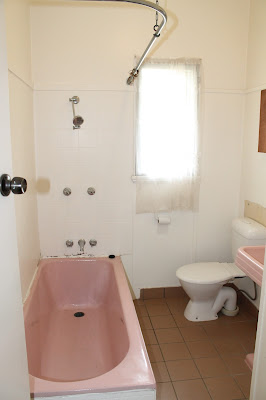 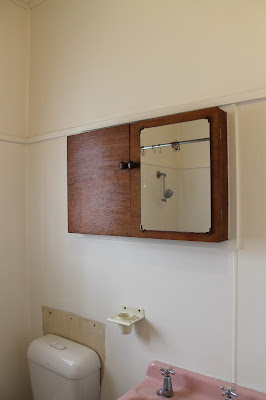 Much like the girls bathroom it needed a huge refresh: new paint and cabinetry 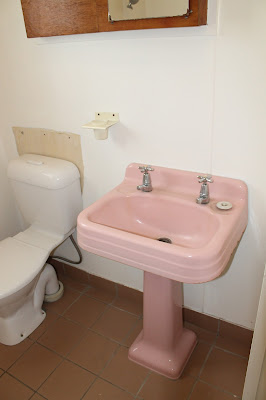 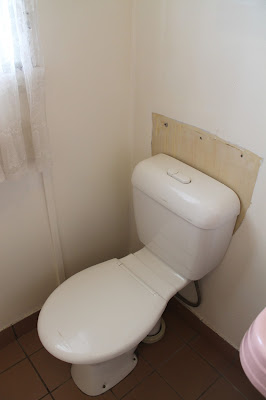 A new sink and toilet 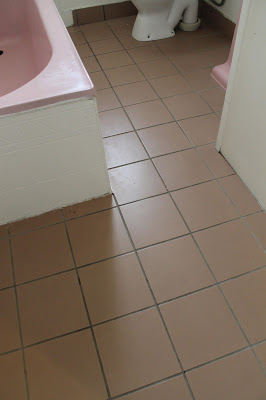 New tiles on the floor and splash backs 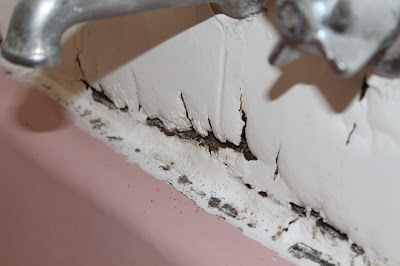 With the only major bit of 'building' work being a re-sheet of some wall panels where they had used inappropriate materials and with a lack of wet sealing these had rotted through...noice!
When I first saw this bathroom I both hated it and loved it. I hated the pink colour, but I loved the vintage look of the basin. We knew immediately that we wanted to keep the bath as it is lovely and deep and also getting it replaced would have been a total pain.  Both in terms of size and weight (it would have to be sawn in half to get it out of the house, the mess and cost of that alone was not worth it in our mind) and then on top of that we would have had to build a new frame and get a new bath etc, so we weighed up the cost of having it re-enameled in white against the hassle/cost of swapping it for new and decided to go for the re-enameling.  We toyed very briefly with the idea of keeping the basin too, but soon realised that considering storage was our biggest issue, keeping this cute little 1950's vintage basin was not going to work. So we decided to match the vanity from the other bathroom but on a bigger scale, and remove the basin...this alone was a two man job, our plumber helped Col get it out and down the stairs...my word those old things are heavy.
So with the basin gone and the bath staying put we got down to business.  The first job was to pull up the floor tiles, although they didn't come away as easily as the little bathroom they were still relatively no trouble.  They had been laid directly onto the floor boards, so to make a nice even area for the floor sheeting to sit on, Col had to scrape every last bit of the gluey gunk off those gorgeous floor boards, an arduous but worthwhile task. 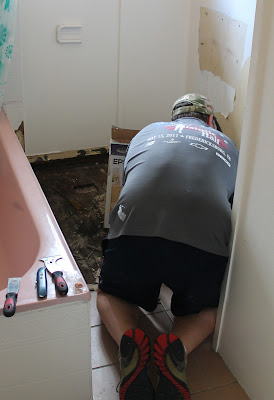 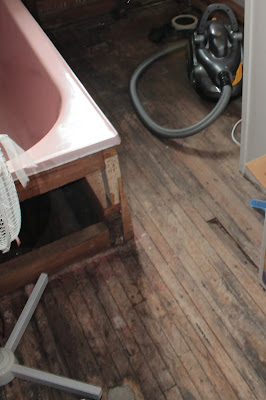 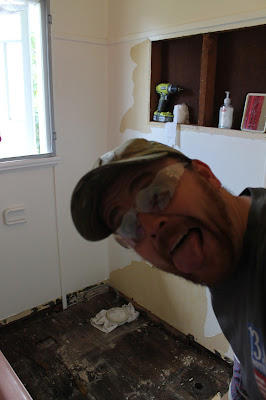 Clown!
Once the floors and rotted sheets had come down it was our plumbers turn to come in and fit out the pipes etc, he was NOT happy about our decision to keep the bath, he tried to talk us out of it on numerous occasions, but we had since looked at new baths, just for a comparison, and we still wanted to keep this one. 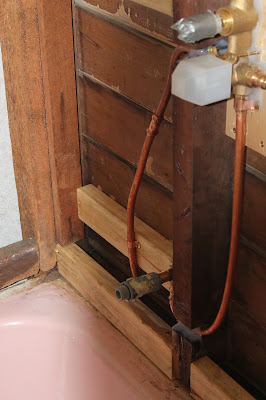 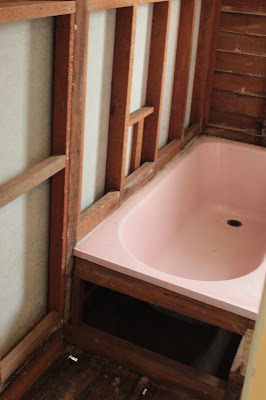 So, as always, with the help of our trusty tradies, the hard and precision-perfect work of re-sheeting the walls and floors and subsequent wet-sealing began.. 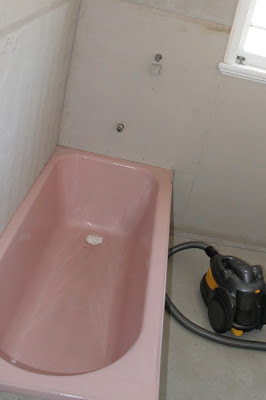 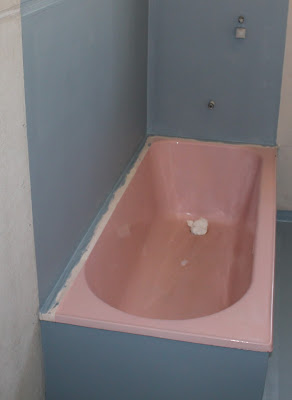 It has always been at this stage when a room really starts coming together for us and we feel we are really getting sorted...we were well 'on track' with this one and thought the end was just around the corner...which it was...just not an immediate, foreseeable, month of May type corner!

Stay tuned next week for the all important fit-out and reveal.  Oh and I'll tell you about the day a tradie asked to move in with us...it's ok, not in a weird way...ewwww!