Paris is always a good idea...


...Audrey Hepburn thought so, and so does our Sasha!

Sash has had a mini-love affair with Paris since she was just 5 years old.  She was runner up in a national competition by Mattel and won a huge prize pack including a DVD of the latest Barbie movie, Barbie and the Three Musketeers.  She watched that film over and over again and fell in love with everything about Paris and the Eiffel Tower.  Since then she has collected a few things here and there, so when she was finally able to begin planning her new 'forever' bedroom it was a no-brainer that it would have to be based around a Paris theme.  Although she has not been there, (unless of course you include Paris in Las Vegas :) she can at least now enjoy a little bit of Paris in her room at the end of each day!

Her room (currently being shared with Poppy) was the first we completed from floor to ceiling.  It was so important for the girls to have a safe haven to retreat to at night time, after a full-on day amongst the mess of the reno.

So what did we do?

Well, here's the before shot... 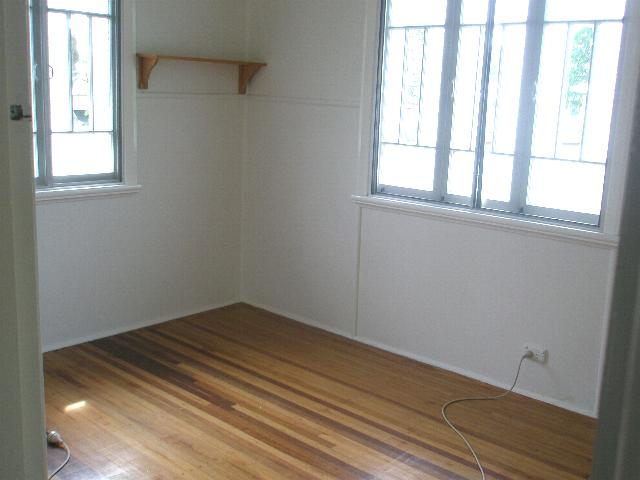 ...I know, on face value it looks pretty darn good already right?  But once you go past the surface even the cleanest of rooms needs more work than you first imagine.  Obviously the first job was to clean it from top to bottom.  This room had the filthiest ceilings of the entire house, but with a bit of elbow grease and sugar soap they looked a million dollars, see pic below.   After cleaning, we painted them with Taubman's Ceiling Paint in Crisp White. 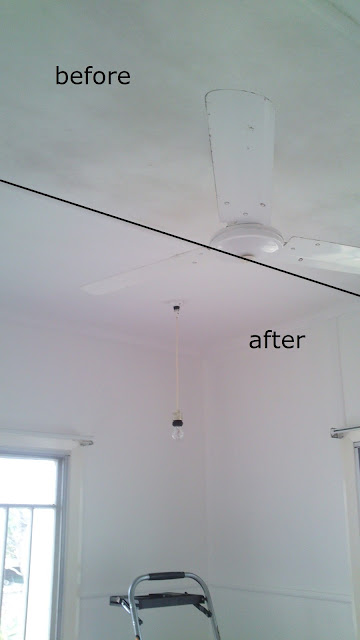 We used Taubmans Endure Low Sheen in Crisp White for the walls.  Below you can see what a difference the first coat alone makes to the walls, the lower part has one coat and the top has only been cleaned and cut in. 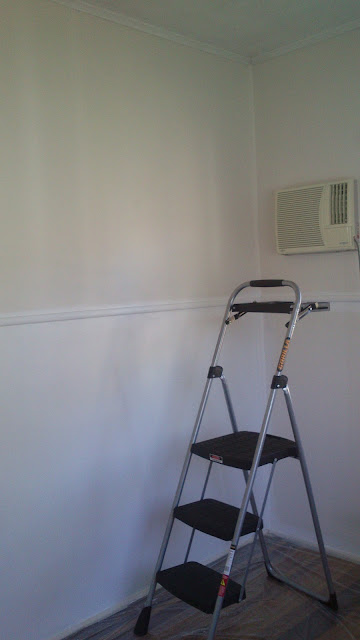 We changed out the ceiling fans, this one wasn't too bad but as we were changing the rest we wanted them to all be the same. 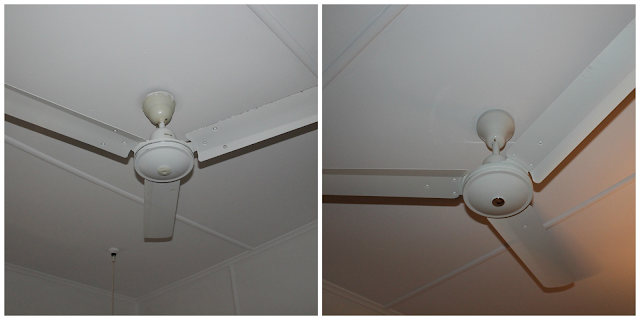 We had the electrician remove the 1950's light switches and the (later addition) ceiling fan switches with new all-in-one, neat units.  Of course this leaves us with gaping holes in the wall, which Col did a great job of patching.  I don't have a finished shot of those yet as our removal came just after it had been filled so we are still in the process of painting the patch but you get the idea from the (nearly finished) last picture below.

We used the same Taubmans Crisp White but in a gloss for the doors, door frames and window frames.  Finally we added gorgeous cedar venetian blinds and sheer patterned curtains over the top. 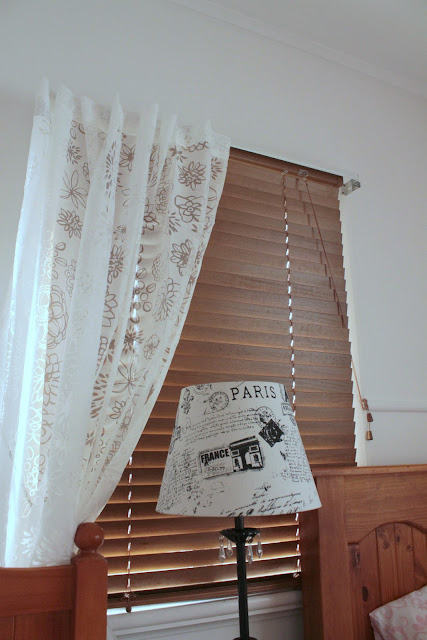 We let Sasha pick out her lamp and pendant light and to finish it all off we added her pictures, new bed sheets and pillows. It looks gorgeous (when it's neat and tidy) and both children love it!
We had it 'sleep' ready within the first week and all the electrics completed by the end of the second week.  Unfortunately the main art work which was her favourite picture of the Eiffel Tower was one of the only things that arrived smashed to pieces in our removal, so we have a couple of things to add once we have replaced it.  But all in all it's a great room.  You can check out all the product specs in our Design Book page. 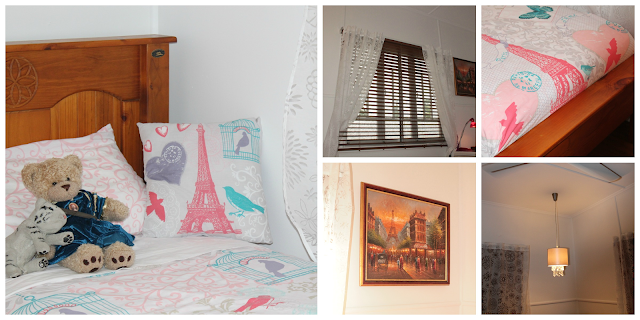 K x
PS - This bedroom still has one more transition to come once we move Poppy to her bedroom so watch this space for more updates later on.
Posted by Kate and Col at 21:43