Oooh-er, look at me posting twice in two days...!

I just had to pop back online again tonight to add this little update to yesterday's post...

..so you remember the Lego 'Brick by Brick' exhibit at the local art gallery, well, part of the exhibit (in the room with the Lego creation wall) was a table full of colouring pages for the littlies and a writing competition for the older kids.  The competition was to write a story about the first ever Lego set you owned OR a story about a brand new Lego set that you would like to invent. Sasha grabbed an entry form and took it home to 'think about it later'.

One day while she was having an impromptu 'go to work with daddy day' she sat at a little table amongst Townsville's 'finance finest', and put pen to paper.  She chose to write about a new set and she based it on The Magic Faraway Tree books (thanks goes to my UK bestie Karen for introducing her to that series).   Unfortunately I didn't take a copy of her entry so I can't tell you exactly what it had in it but she wrote a wonderfully creative and descriptive piece.  Well I am sure you have guessed by now but...we received a message to come in to the gallery today because ... SHE WON!!  She was totally over the moon and couldn't wait for school to finish so we could go in and find out what her prize was... 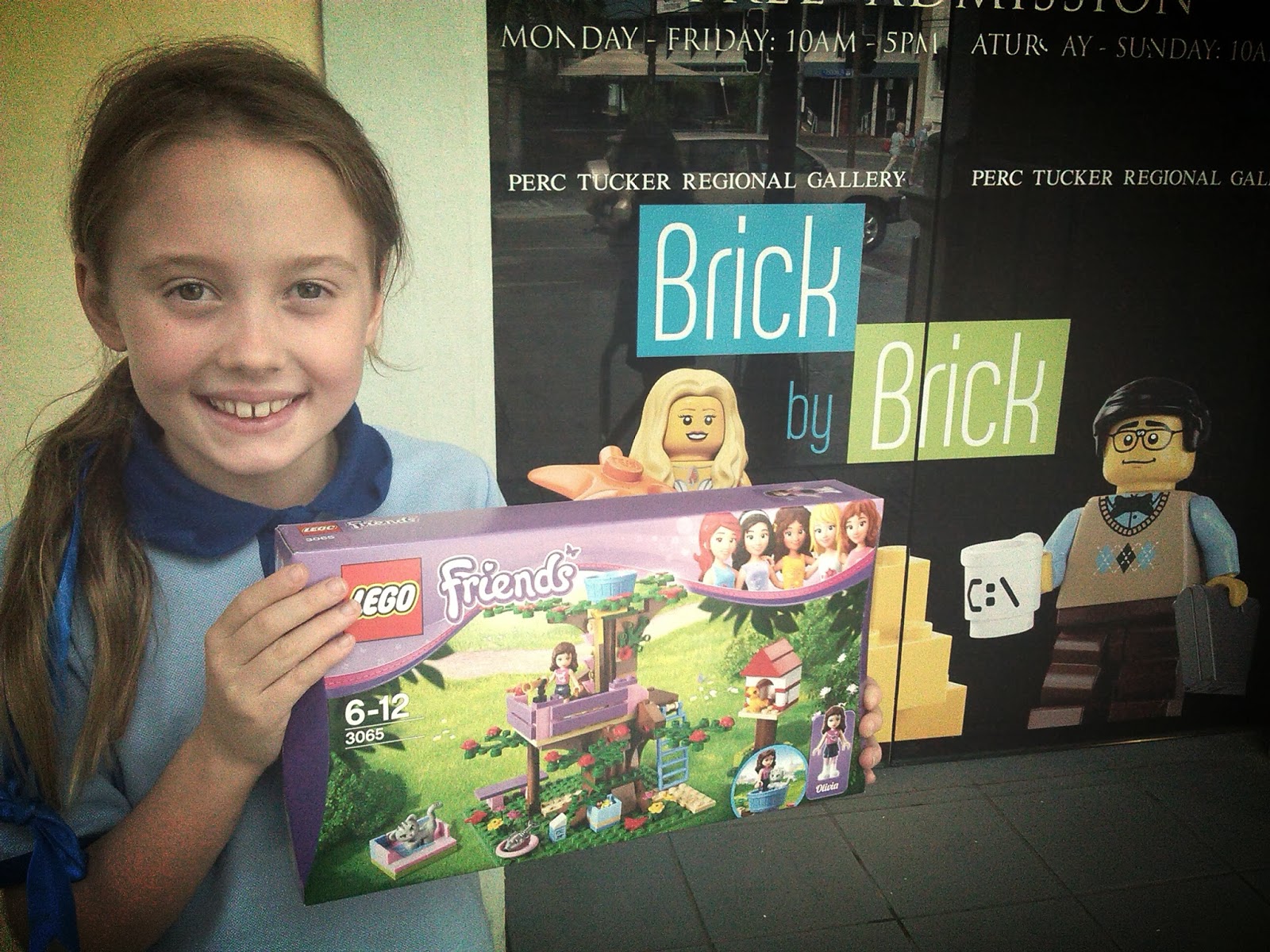 She won a set from her favourite Lego characters - Lego friends. 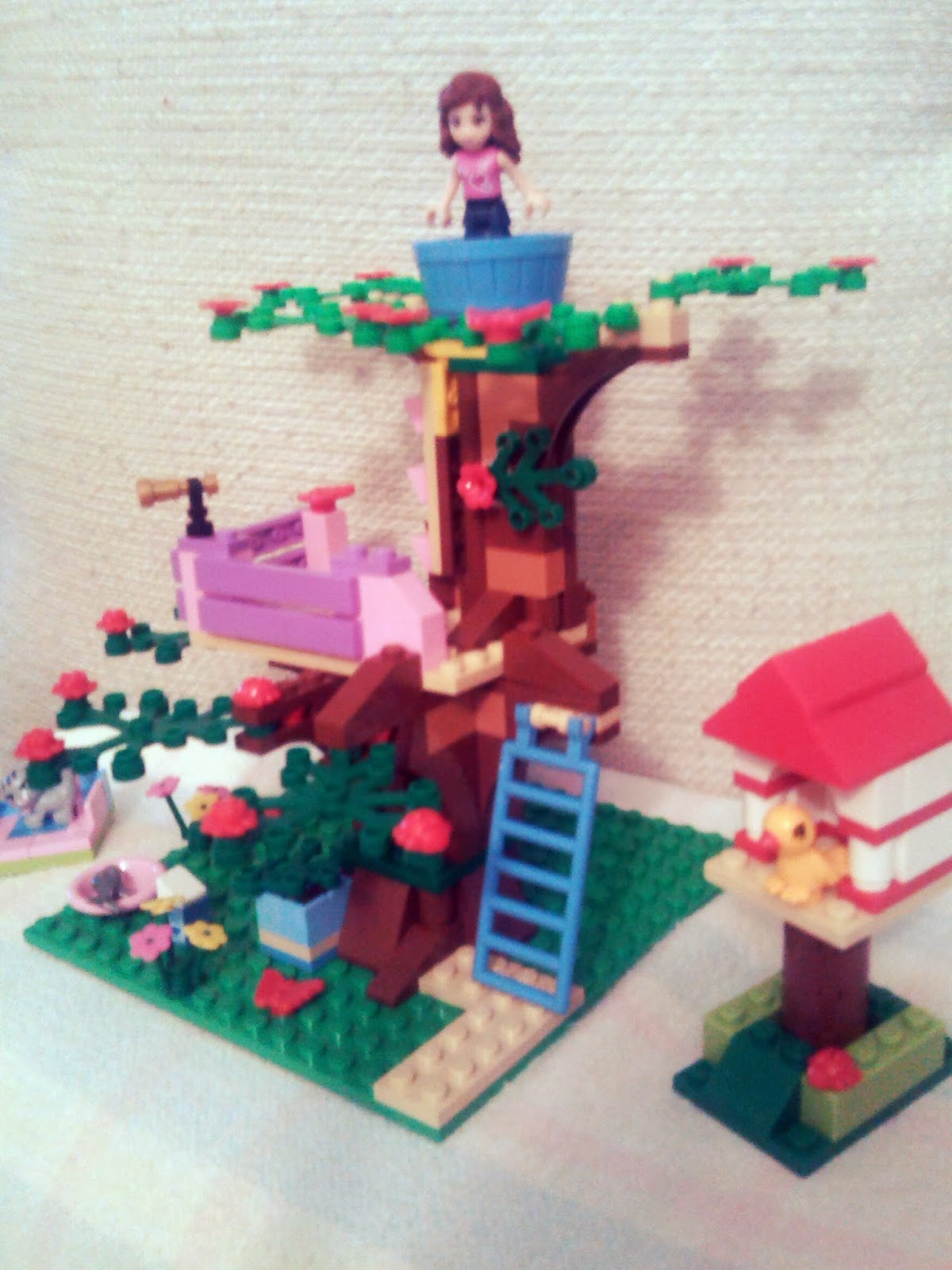 As soon as she arrived home from Irish she set to work and before we knew it she was parading round the house with her new fave toy!  Well done little girl, you're a star! 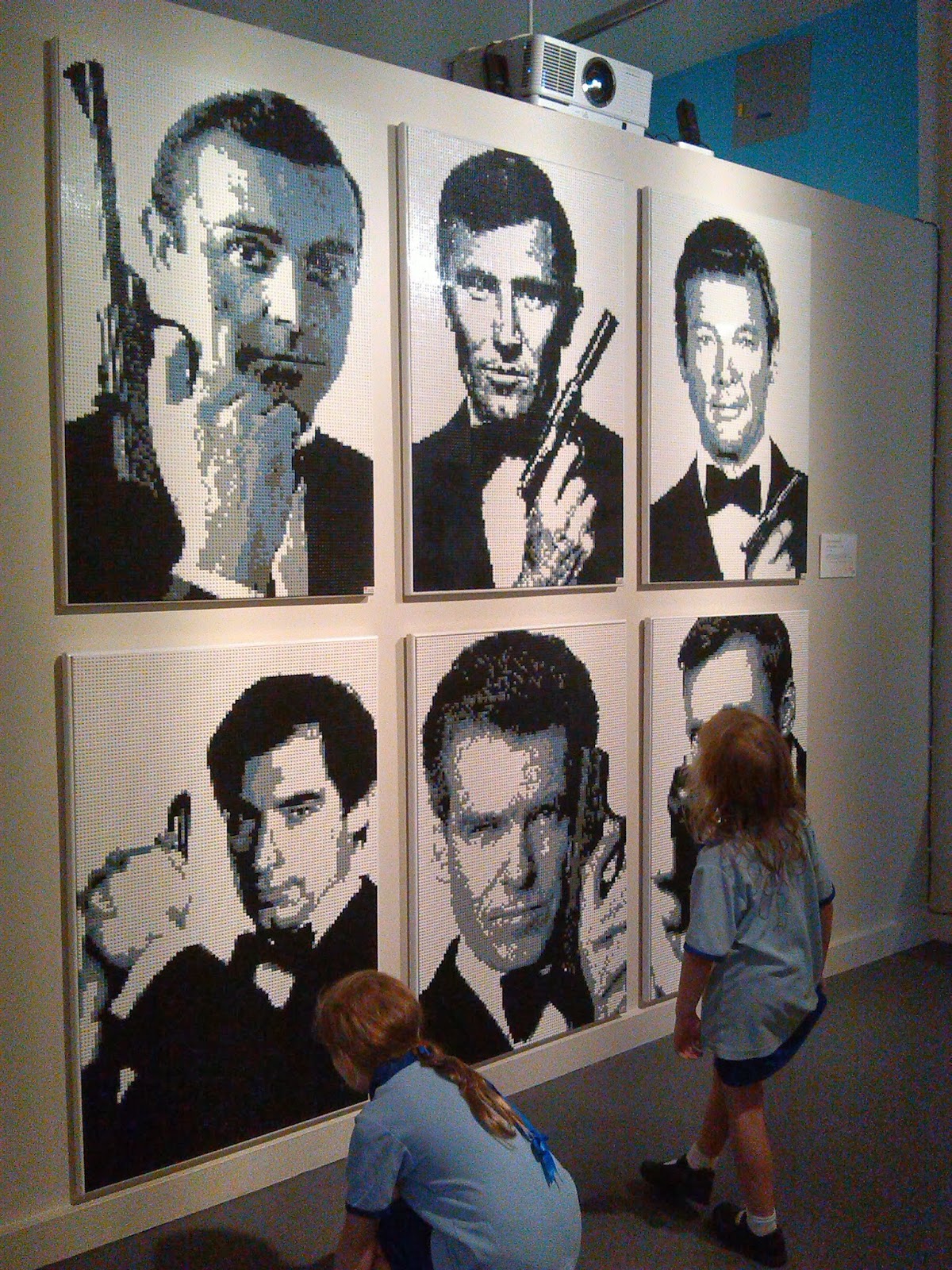 Whilst we were there we got to see some of the new exhibits including this AMAZING set of James Bond portraits.  The girls had no idea who they were but were still mesmerised looking at them. 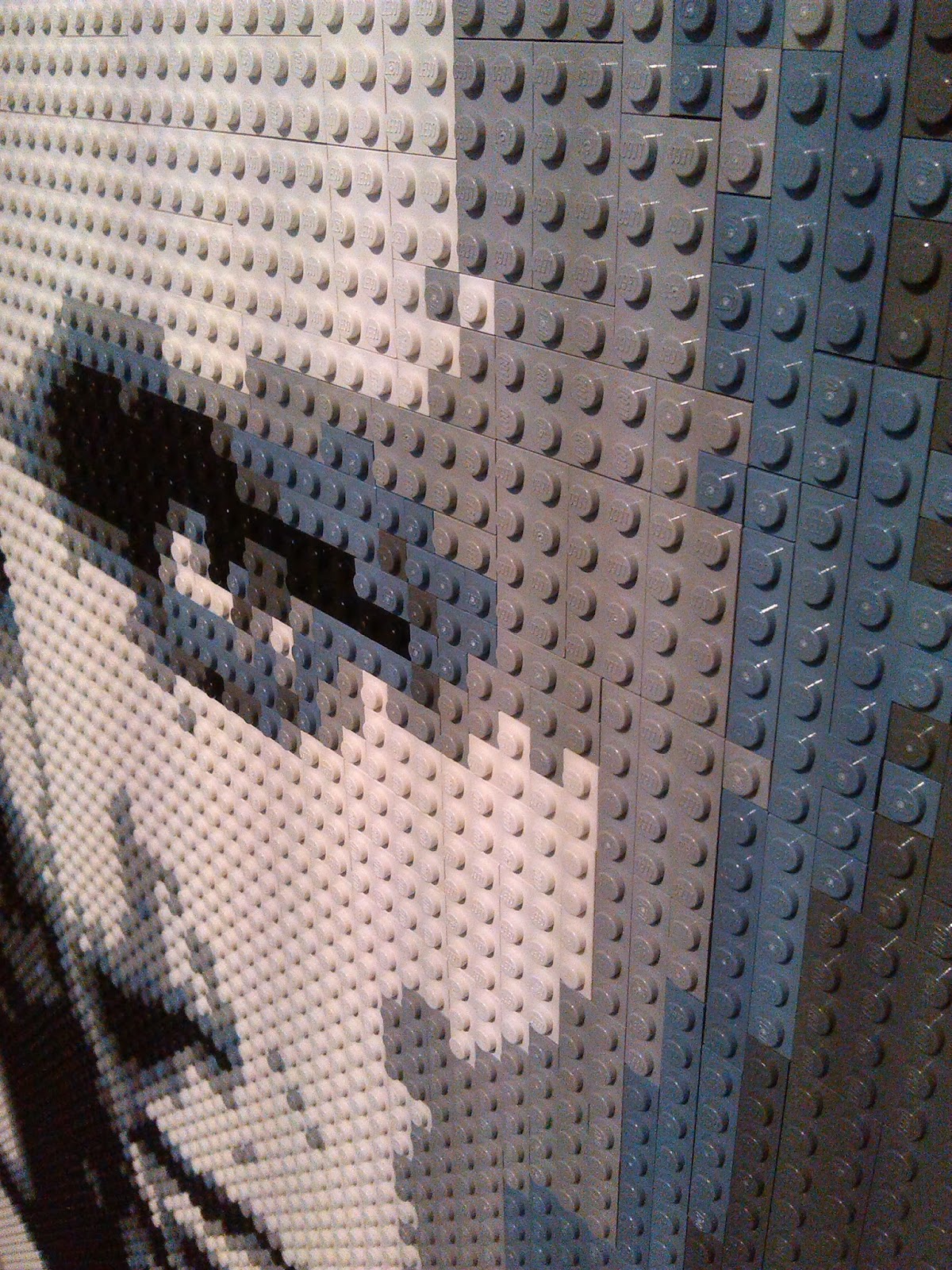 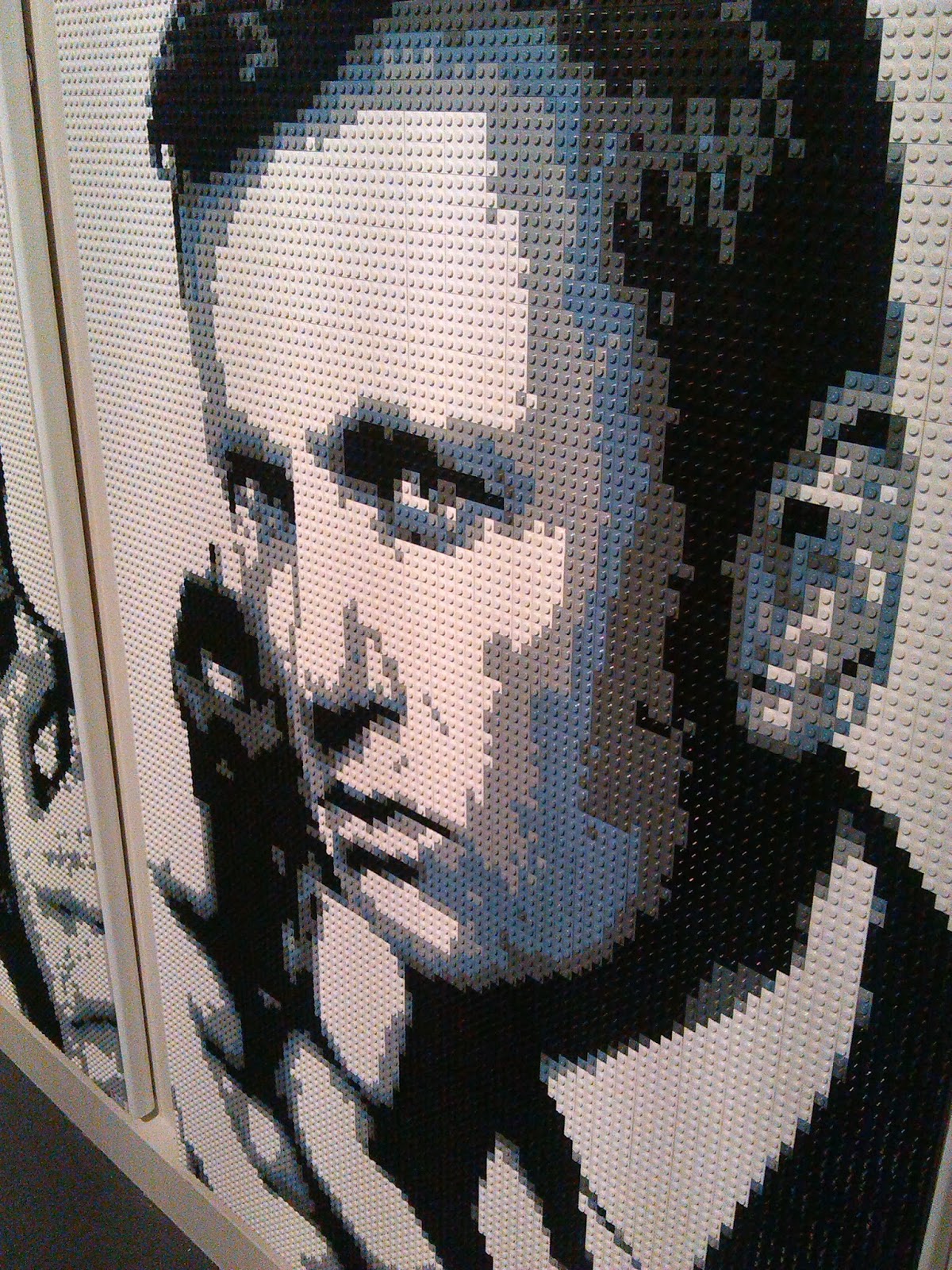 So that's all folks...and for the record that will probably be the first and last time I will ever blog on two consecutive days!